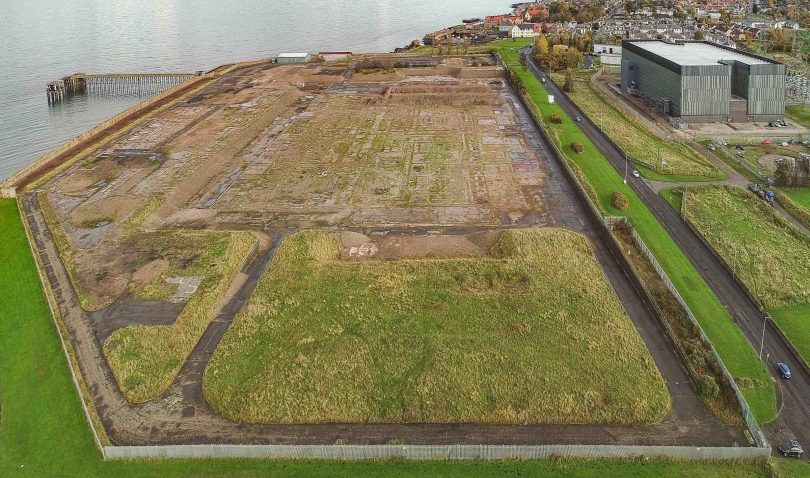 FORTH Ports is set to be asked if it wants to join forces with East Lothian Council to build a cruise terminal at the former Cockenzie Power Station site.

A report to councillors next week will ask them to give the chief executive the go-ahead to write to the Firth of Forth harbour masters for a formal position on the future use of the site for cruise or cargo ships.

And it warns that without a partnership with Forth Ports, the viability of a port is in question, as it could not compete with the large operation.

The report comes as the council also reveals plans to apply for up to £15 million from the UK Government’s levelling-up fund to help create infrastructure and prepare the former power station site for future investment.

The levelling-up bid would see funds used to infill the former power station slab, remove earth bunds surrounding the former coal store, work on the sea wall and coastal flood defences, and reroute part of the John Muir Way, including the removal of a pedestrian bridge.

In a report on the former power station site, officers say that finding out where Forth Ports stand over any port at Cockenzie is crucial to deciding part of its future.

The report says: “If there is any potential for cruise business to be transferred to Cockenzie… a partnership or agreement with Forth Ports would be a sensible route forward.

“It does not appear to be a viable alternative to develop a port to compete directly with Forth Ports for cruise traffic, nor to seek ‘winter-only’ cargo at a new facility.

“Forth Ports is the harbour master and operates the pilotage service that allows vessels to navigate the waters of the Forth.”

The report seeks to bring the response from Forth Ports back to councillors towards the end of the year as one of two community-supported projects which are being considered for the former power station site for a decision.

It notes that both the cruise terminal and the 360 Centre project, which seeks to create a national centre for climate change on the site, have been investigated, with a feasibility study into the 360 Centre ongoing.

The report says: “It is important that the outcomes of these two community-led proposals are fully understood as part of taking the site forward.”

Douglas Proudfoot, the council’s executive director of place, said that discussions with Forth Ports had been held in the past but at the time the site was still part of the Scottish Government’s National Planning Framework 3 (NPF3), which identified it as a national site of interest for power generation.

A draft of the new NPF4, which is due to be approved later this year, removes the restriction from the site, allowing the council to move forward with a wide range of options.

He said that councillors would be presented with Forth Port’s response and the result of the 360 Centre by the end of the year, adding: “It will be up to councillors to reach a decision on the site.”

And he stressed that community views on the future of the site would remain a priority as the council moved forward.

He said: “We are clear that we are looking for high-quality jobs and opportunities, and we have been and continue to listen to the communities, with that engagement hugely important.

“If we can get this right, it will open up great opportunities for the local communities and East Lothian as a whole.”