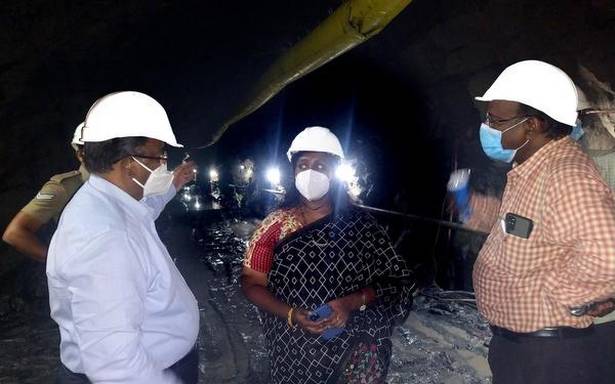 Tunnels are being constructed between Irungalpatti and Chellipatti for carrying water from Ayyaru river to the power generation house on the foothills of Kolli Hills near Puliyancholai. The water would be released back into Ayyar river after power generation, a release said.

According to officials, 71.23 million units of power is expected to be generated a year through the project and it would improve groundwater level and enhance tourism activities in the region. The tunnel has been cut for 1,522 metres from Irungalpatti to Chellipatti and for 1,383 metres in the opposite direction. According to officials, 3,725 metres of tunnel has to be dug as part of the project.

Ms. Singh along with senior officials visited the tunnel construction works and also checked the construction of weirs at Theliyangudu. She reviewed the progress of the project along with officials.