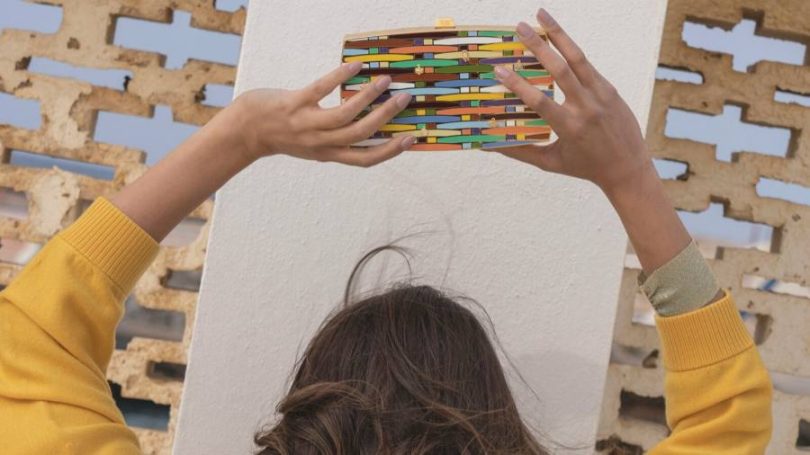 At New York Fashion Week in September, Fendi celebrated the 25th anniversary of its best-selling Baguette bag with a dazzling ready-to-wear show designed by Kim Jones and Marc Jacobs, a front row stacked with celebrities including Kim Kardashian and Sarah Jessica Parker, and some Tiffany & Co diamonds.

Fendi and Tiffany, both of which are owned by LVMH, collaborated on a limited-edition bag in robin-egg-blue crocodile leather with a diamond-studded clasp combining their initials. The bag was a headline-grabbing number that also underlined the growing appetite for high jewellery bags. (High jewellery is the jewellers’ equivalent of haute couture, showcasing rare gems in elaborate one-of-a-kind creations.)

“Since Tiffany is an institution in New York, the show was the perfect occasion to see the baguette reinterpreted through their lenses, without losing the bag’s identity,” Silvia Venturini Fendi, the brand’s artistic director of accessories and menswear, wrote in an email.

“Handbag collectors love a piece that integrates both leather goods of the highest order and jewellery,” says Morgane Halimi, Sotheby’s head of handbags and accessories. She cites Hermès’s bejewelled handbags as the most sought-after pieces on the secondary market.

Bejewelled bags have a long history. Cartier began crafting handbags at the beginning of the 20th century under the supervision of muse/artistic director Jeanne Toussaint, and has since introduced an array of models, ranging from bejewelled clutches with six-figure price tags to more accessible leather bags such as the Must de Cartier (from £1,070) and the new Panthère de Cartier (starting at £2,470).

Nowadays, Cartier produces a small number of one-of-a-kind high jewellery bags a year, fusing the house’s jewellery expertise with haute couture techniques. For example, this year’s Mosaic Snake bag features a feather marquetry surrounding a snake jewellery piece set with diamonds, onyx, sapphires and tourmalines. In another high jewellery bag, a diamond-studded panther with onyx spots lies languidly on a 2.51-carat fire opal, against a night landscape given depth through layers of lacquer.

Van Cleef & Arpels’ highly collectable minaudières were first introduced in the 1930s, and the house still produces them on request. It all began when Charles Arpels encountered the stylish Florence Gould, daughter-in-law of the American railroad magnate Jay Gould, carrying a nondescript metal box as a purse. Horrified, he resolved to create an ingenious 3D space-efficient jigsaw for her beauty essentials.

Today, almost all jewellers have a line of accessories with some bejewelled elements. Chopard, for example, has introduced bags in denim and leather set with floating gems, malachite and mother of pearl. Pearl specialist Tasaki has a collection of leather handbags designed by creative director Thakoon Panichgul featuring shoulder straps and handles made of the house’s famous pearls.

Earlier this year, London-based jeweller Carolina Bucci debuted her first bejewelled clutch, named Woven Wishes, made in collaboration with Lebanese accessory brand 13BC. Priced at £4,500, the clutch is made to order, “quite simply because the bags take a huge amount of time and effort to make, and we have found that demand has outstripped our ability to make them in time”, explains Bucci.

Bulgari has also introduced high jewellery purses. “The demand and the consequent creation of these beautiful one-of-a-kind jewellery bags have grown over time,” Mireia Lopez Montoya, Bulgari’s managing director of leather goods and accessories, writes in an email. Lopez Montoya is referring to the house’s high jewellery handbags — price on application — such as a recent version from the Serpenti collection in crocodile leather, closed with a snake-head-shaped clasp that can be detached and worn as a pendant or brooch. “It is a testament to the versatility with which Bulgari has always created jewels that can be worn in different ways,” she says.

But why are collectors drawn to five- or six-figure bejewelled bags? Singapore-based author, philanthropist and collector Paige Parker provides some clues. She owns a signed and numbered 18-carat gold mesh clutch by Van Cleef & Arpels with a platinum and diamond scalloped closure, which she uses sparingly. “I use the bag on the most special occasions, like an intimate birthday dinner at a friend’s home,” she says. “To me, it’s a work of art and an investment.”