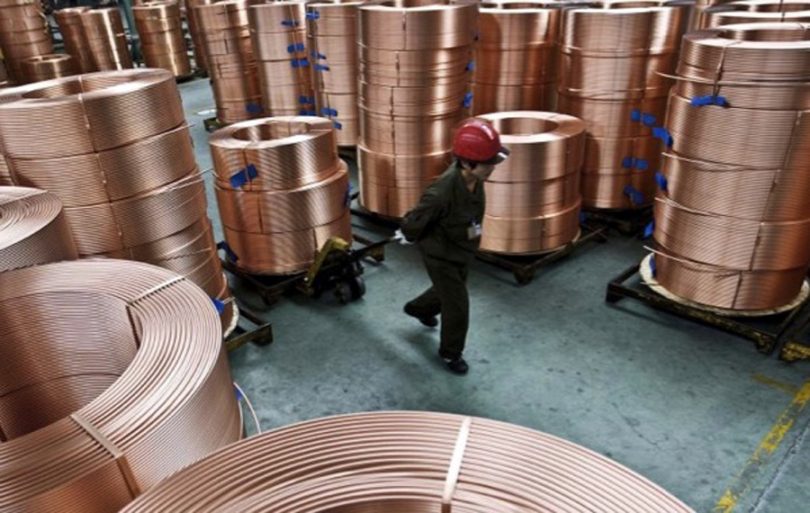 But this is not just an LME phenomenon. Registered inventory with both the CME and Shanghai Futures Exchange (ShFE) is also super low and between them, the three exchanges hold just 200,000 tonnes of metal.

The bullish stocks optics don’t sit well with the market’s bearish humor. Currently trading around $7,715 per tonne, LME three-month copper is down by 21% at the start of 2022 as the market frets about slow economic growth in China and potentially no growth in Europe.

The disconnect between visible inventory and price is generating time-spread tightness across all three exchanges and renewed analyst interest in trying to calculate hidden stocks of copper.

All you can see…

Registered tonnage with the big three copper exchanges totaled 195,560 tonnes at the end of August, up by a marginal 5,450 tonnes at the start of January but down by 185,650 tonnes in August last year.

There has been minimal change so far this month, the slight rise in LME inventory offset by continued draws from CME warehouses in the United States.

A broader copper stock picture can be created by including two relatively new data series.

In February 2020 the LME introduced a monthly report on “shadow stocks”, denoting metal stored off-market but with explicit contractual reference to the option of LME delivery.

There were significant amounts of such off-warrant copper in 2020 and early 2021. At their peak of 175,000 tonnes in February last year they dwarfed the registered LME copper inventory of 74,000 tonnes. However, they have since contracted to just 17,000 tonnes as of the end of July.

The Shanghai International Energy Exchange (INE) launched its international copper contract at the start of 2021 and has since published weekly figures for bonded warehouse stocks held against the contract.

They currently stand at a substantial 89,000 tonnes and have grown by 23,500 tonnes from the start of January.

Combined holdings were just under 330,000 tonnes at the end of July, a build of 61,000 tonnes over the first seven months of the year but 159,000 tonnes below where they were in July 2021, and still only equivalent to five days of global usage.

…What you can’t see

There is obviously more copper “out there” in the statistical dark.

Half a million tonnes of it, according to analysts at Citi, who “believe that market-implied convenience yields can show us what we cannot see”. Futures curves are pricing around 500,000 tonnes of invisible stocks outside of China, the bank estimates. (“Metals Weekly”, Sep. 16, 2022).

Citi, which expects the copper price to drop to $6,600 in the first quarter of next year, argues there is “an adequate inventory buffer to bridge the gap between now and a more pronounced demand slowdown as a potential recession in Europe plays out over the winter months”.

There are important caveats to this type of calculation, however, as Citi itself concedes. The LME futures curve can be pricing in all sorts of hedging flows, including temporary builds in Chilean port stocks, shifts in Chinese bonded stocks, and delays to metal in transit.

The problem is knowing how much of the implied stock is accessible rather than heading directly to a fabricator.

There are two further complications in the current mix.

Russian copper is not officially sanctioned, but self-sanctioning may already be disrupting normal channels for the flow of physical metal into the European market.

Maike is one of China’s top copper traders, importing around one million tonnes per year, and the financial shore-up exercise may generate physical market waves.

Both Russian and Chinese metal events are also likely to be playing out in LME time-spreads, in turn impacting the convenience curve calculation.

Time-spreads can also be an extremely volatile barometer, particularly where there are few stocks covered on physically deliverable contracts.

The LME premium for cash over three-month delivery spiked to $150 per tonne last week and is still trading around $55 despite Tuesday’s hefty deliveries of copper onto warrant.

The CME curve is also being roiled by a mini-squeeze, the Sep-Dec spread flaring out to over 5.4 cents per lb last week and last trading at 4.4 cents, equivalent to $97 per tonne.

CME inventory, concentrated in Salt Lake City, Tucson, and New Orleans, has been sliding steadily since June and is now down by 31% at the start of the year at 41,471 tonnes.

ShFE-registered stocks are lower still at 35,865 tonnes, which has led to a steep backwardation across the Shanghai curve through the April 2023 contract.

The current bear thinking is that there is going to be plenty of metal around as Europe falls into recession and China struggles to escape the drags of rolling lockdowns and foundering the property sector.

Until then though, super low stocks across all three exchanges are going to keep generating spread volatility until such time as what is “out there”, however much it may be, is moved to somewhere it can be counted.

(The opinions expressed here are those of the author, Andy Home, a columnist for Reuters.)