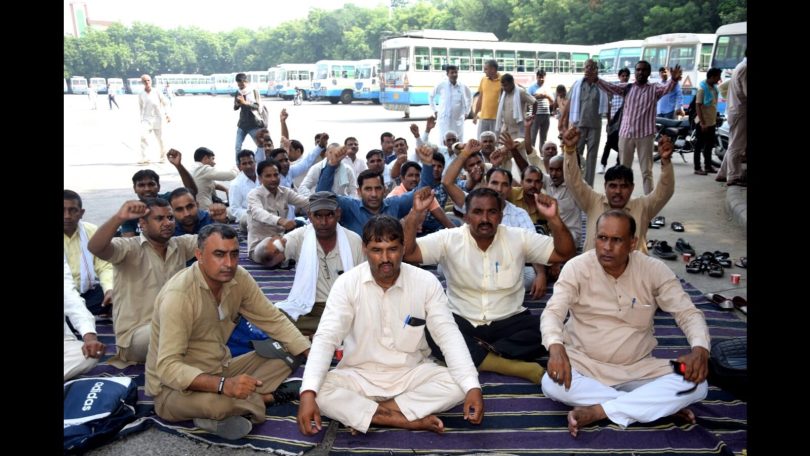 : Commuters in Haryana were on Thursday left stranded as state-run buses went off roads due to the strike by the members of the Haryana Roadways’ Unions over the killing of a 49-year-old bus driver, who was mowed down by an SUV near Kundli on NH-44.

The buses remained parked at the bus stands and roadways employees held protests, demanding arrest of the accused in the killing of Jagbeer Singh on Tuesday, who was posted in Delhi depot of Haryana roadways.

The commuters, especially students, had a hard time to reach to their academic institutions or workplaces due to non-availability of the buses. They had to depend on private buses or cabs to reach their destinations.

Sloganeering protesters accused the Haryana government and the Sonepat police for failure to arrest the accused.

Karambir Narwal, general secretary of Haryana Roadways’ Union, said that it has been the third day of the incident but police failed to identify and arrest the accused.

The protesters threatened to go on an indefinite strike if the government failed to arrest the accused at the earliest and provide ₹ 50 lakhs as compensation and a government job to the family members of the deceased.

Kuldeep, general manager, Karnal said that the meetings continue between the official of roadways and efforts were being made to resume the bus services.