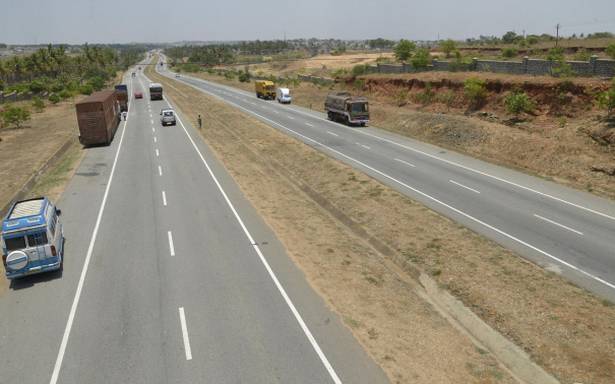 Competition has intensified in the bidding for hybrid annuity model (HAM) and engineering, procurement and construction (EPC) contracts in the road sector as potential bidders participate in large numbers, driving the costs down — in some cases dropping below 30 per cent of the project cost estimated by authorities.

The “ultra-competition” in the roads sector has triggered concerns of a re-run of the situation witnessed about a decade ago, when highway developers faced difficulties in financial closure that led to delays in completion of projects.

“The vigour in awarding road projects by the National Highways Authority of India (NHAI) seen last fiscal will continue this fiscal as well, with the hybrid annuity model accounting for around half of it,” CRISIL Research said in a note. “And, mid-sized regional players will grab a large chunk of these HAM awards,” it indicated.

In the first half of the current fiscal, as much as 51 per cent of some 1,900 km of highways awarded by the NHAI has been under HAM. In September alone, the authority awarded 22 HAM projects spanning about 730 km.

The bidding data of recent months show the emergence of mid-sized regional contractors after the NHAI relaxed eligibility criteria for bidders and introduced changes in the model concession agreement (MCA) for HAM and BOT-toll projects to encourage private sector participation.

The reduction in bid-eligibility criteria has paved the path for mid-sized players to enter the space, CRISIL Research said.

Mid-sized regional players grabbed 58 per cent of the HAM awards during the first half of this fiscal — higher than 33 per cent in fiscal 2021. Between fiscal 2016 – when the HAM model was introduced by NHAI – and fiscal 2020, their share was much lower at only 15 per cent.

On the flipside, the change has intensified competition, which is visible in the increase in the number of bidders to 10-15 from only 5-10 earlier and a decline in premium offered by the bidders to 10-15 per cent now from 15-20 per cent previously, indicating aggressive bidding by contractors to secure deals.

“In the milieu, financial closure and timely project execution by these players will be the key monitors over the medium term,” CRISIL Research added.

Strong order execution will improve the revenue of road EPC companies by about 15 per cent this fiscal, compared to 5 per cent in the pandemic-marred last fiscal, CRISIL Ratings Ltd said in a December note.

Operating profitability, though, will moderate by 100-150 basis points due to surging raw material prices and increasing competition.

“With fewer restrictions on construction activities during the second wave, road project execution was not impacted as severely as during the first wave. This has manifested in healthy revenue growth of about 37 per cent on-year in the first half of this fiscal, albeit on a significantly weak base of last fiscal. While overall revenue is expected to grow about 15 per cent this fiscal, operating margins are likely to moderate to about 14 per cent from 15.3 per cent last fiscal, primarily because of a sharp increase in prices of inputs such as bitumen, steel, cement and fuel,” said Anuj Sethi, Senior Director, CRISIL Ratings.

Road EPC contracts typically have price escalation clauses that mitigate the margin impact to an extent. However, the contractual escalations are linked to index prices and the actual increase in raw material prices can be steeper, which will affect profitability, CRISIL Ratings added.