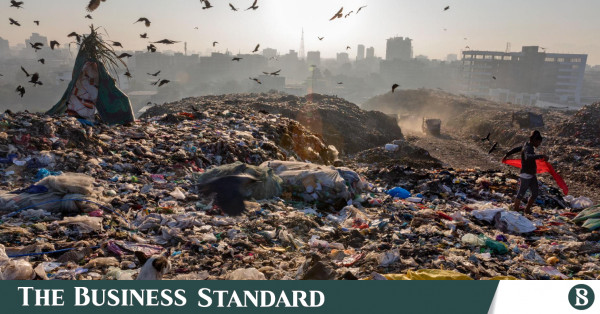 Household waste can be a source of income for low-income people in Dhaka which needs government support to advance the initiatives to make fertiliser from household waste further, speakers told a programme on Monday.

“Government resorted to quick rental power plants in 2009 to get electricity quickly but now we find electricity generation from waste which is very promising. The government should also patronise compost fertiliser projects from household waste,” Poribesh Bachao Andolon (Poba) General Secretary Engineer Abdus Sobhan said at a programme titled ‘Manufacturing, partnership, and marketing of fertiliser from household waste’ at Baraikhali area of Balurmath of Hazaribagh on Monday.

The programme was organised by Bangladesh Resource Center for Indigenous Knowledge (BARCIK) under the Dhaka Calling Consortium project funded by USAID and with technical support from Counterpart International.

“If the cow excrement was collected and kept in one place during the Eid-ul-Adha and the nursery owners were asked to take it, then we would not have accumulated so much waste. Fertiliser worth crores of taka could be produced”, said Abdus Sobhan.

“Household waste can be one of the sources of income for the low-income people of Dhaka city. There are many countries in the world that export waste,” he said, adding: The quality of the fertiliser will improve and it is expected that it would be on a larger scale.

Kazi Sufia Akhtar, special guest, and women leader said that women can earn money by learning how to make compost fertiliser and it can play a big role in empowering women.

Community leader Arpana Rani said “We are already making fertiliser from the decomposable waste and have been using it on our plants. It is very effective and we need a little patronage to move forward,”.

At the event, the community people of Bou Bazar and Balurmath area of Hazaribagh, who collected their household waste and filled drums to make organic fertilisers, officially handed over the fertilisers to the nursery owners.

Thanking the slum dwellers, nursery owner Ripon Mia said that the work of making organic fertiliser is not easy. This fertiliser can be improved. But whatever they have learned is very important and will be of great use.

Hosne Ara Begum Rafeza, chairperson of Bastivasi Odhikar Suraksha Committee said that low-income people living in the slums have received training on making fertiliser from biodegradable waste. The nursery owners have promised to stay by the poor people.