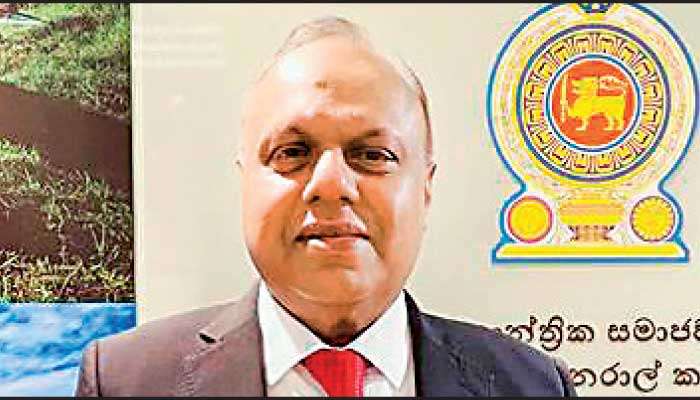 Sri Lanka’s Consul General in Shanghai Anura Fernando of private sector fame is spearheading multiple initiatives to boost exports and tourist arrivals as China opens up to the world post-COVID.


Harnessing the platform and advantages of the sister city arrangement between Shanghai and Colombo, Fernando is using the commercial capital of China to step up showcasing of Sri Lankan products and services as well as woo tourists from China.

“The Shanghai-Colombo Sister City arrangement has been in existence for two decades. In fact, 2023 marks the 20th anniversary but unfortunately that platform hadn’t been fully harnessed to Sri Lanka’s advantage,” said Fernando, who took office as Consul General in Shanghai late last year.

He has secured 1,000 square feet space for a permanent pavilion to showcase select Sri Lankan products at the “The Shanghai International Sister Cities Hub”.

Guided by the Foreign Affairs Office of Shanghai Municipal People’s Government and organised by Orient International (Group) Co., Ltd (OIH) ,the Sister Cities Hub is a one-stop service platform for exhibition, trade and communication of sister cities’ economy, trade, culture and technology. It serves as the window and bridgehead for sister cities brands to enter the Chinese market, enhance their popularity and influence, and expand their sales volume in China.

Fernando said from February, a brand each from sectors such as tea, gems, cosmetics and beverage and their products will be showcased at the Shanghai International Sister Cities Hub on a permanent basis. Select Lankan companies can export products and sell via a Bonded arrangement with China Customs.  Similar facilitation is available for ecommerce as well.

Shanghai International Sister Cities Hub at present covers 92 cities from 59 countries and regions around the world and several cities have benefited considerably.

Fernando, who became the first from the private sector to be appointed as Consul General in Shanghai, has also secured a breakthrough to promote Sri Lanka gems among Chinese via a special agreement with the Macau-China Diamond And Gem Exchange (MDGE). MDGE is an international diamond and gem trading platform operating in accordance with the international industry trading rules.

This initiative will be promoted by Sri Lanka’s National Gem and Jewellery Authority which will enter into an agreement with the Macao Exchange. This initiative will enable Sri Lankan gems to be marketed and sold to hundreds of Chinese who frequent Macau which is one of the world-famous gaming centres.

Another initiative championed by Fernando is to attract Sri Lankan brands to set up shop in Haikou, Hainan, China, a popular resort with duty-free sales opportunity. He is also keen to encourage setting up a representative office or branch by a reputed Sri Lankan commercial bank in Hainan.

With regard to tourism, Fernando, a cost management accountant, equity market specialist and one-time investor entrepreneur, acknowledged that it is early days for outbound travel from China but is keen to promote Sri Lanka earlier on.

First initiative is to facilitate the visit by 50 outbound tour operators and influencers from China in March. This is in partnership with online travel portal CTrip and the China International Travel Service (CITS).

The breakthrough follows Fernando hosting the leadership of CTrip and CITS in Shanghai for a presentation on Sri Lanka recently. Founded in 1954, CITS owns a national network with 122 CITS branches and sub-branch offices across China to provide service.

A visit by a group of 500 religious tourists is also being finalised, Fernando added.

According to him, Chinese are increasingly savouring Sri Lanka crabs with the Ministry of Crab operating two franchise outlets in Shanghai and Chengdu as well as Lion beer.