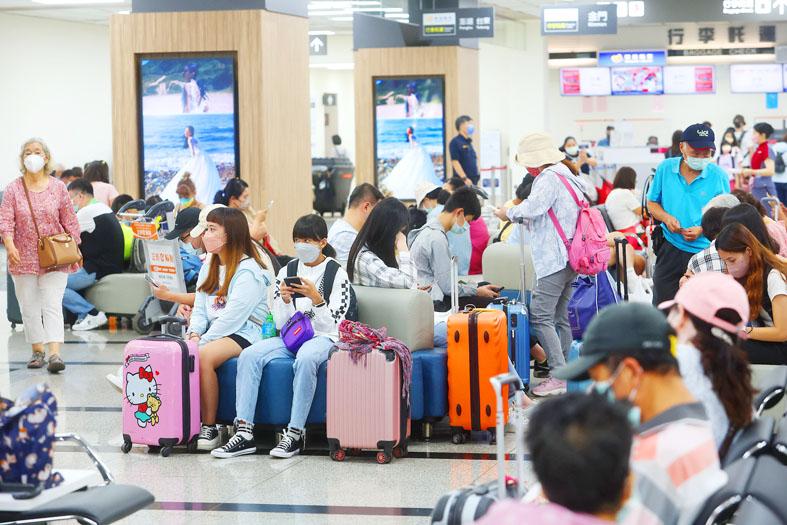 The consumer confidence index this month shed 1.09 points to 63.5, the lowest in more than 12-and-a-half years, as people became more apprehensive about the economy, household income and investment losses, a survey conducted by National Central University showed yesterday.

All sub-indices fell except the gauge on consumer prices, which picked up 0.25 points to 26.9, the monthly survey found.

“Poor sales of consumer electronic gadgets, such as notebook computers and smartphones, fueled unease over the nation’s economy in the second half of this year,” said Dachrahn Wu (吳大任), director of the university’s Research Center for Taiwan Economic Development, which conducted the survey.

People around the world are grappling with rising energy and consumer prices, as well as interest rate hikes, which are squeezing the budgets for technology devices, Wu said.

The measure on purchases of durable goods posted the biggest decline, falling 2.9 points to 109, suggesting that people have become more cautious about buying homes, but remain confident in their ability to protect themselves from inflation, Wu said.

Confidence values of 100 and higher indicate optimism and scores lower than the threshold signify pessimism.

The reading on economic outlook weakened 1.4 points to 79.55, the lowest since June 2020, even though the nation’s GDP growth has been resilient so far, it said.

The confidence score for household income fell 1.05 points to 74.35, the weakest since January 2014, weighed partly by the negative wealth effect caused by a stock market rout, Wu said.

The stock market sentiment gauge lost 0.7 points to 24.8, the lowest since the launch of the survey in 2001, as foreign institutional investors have cut their holdings of local shares by more than NT$1 trillion (US$33.4 billion), the research center said.

People also reported greater difficulty in finding jobs, which explains why the reading on employment prospects dropped 0.75 points to 63.7, it said.

The center last week surveyed 2,784 adults by telephone for the poll, which has a margin of error of 2 percent.