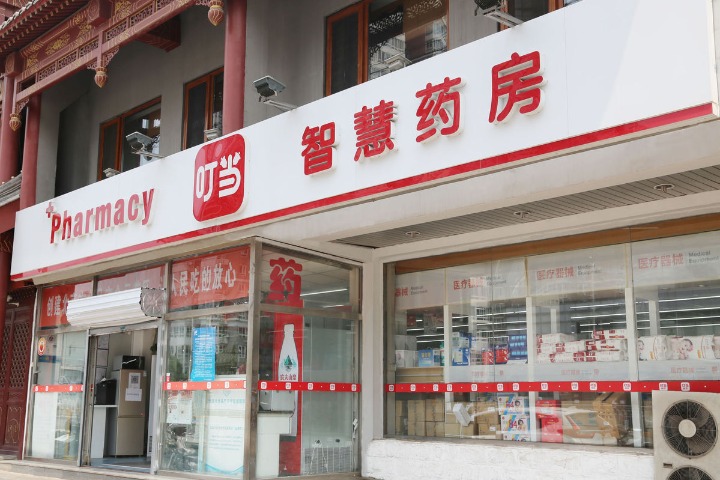 The unstoppable winter is coming. As a denizen of Beijing, I can vouch for it as my dry-eye syndrome tends to get worse by the day. Thankfully, relief is quick and easy these days. All I need to do is place an e-order for some medicines on Dingdang Medicine Express.

For the uninitiated, Dingdang is an e-commerce platform for medicines and home-use medical devices. Within half an hour of placing an order, a deliveryman materializes with my stuff.

Things weren”t always this easy. I still remember the times, not so long ago, when it was difficult to imagine that such platforms would become so popular and successful as they are now.

China is currently the world’s second-largest pharmaceutical market. Thanks to the new round of medicine regulation reforms that began in 2015, a lot of innovations have come to characterize the country’s pharmaceutical and healthcare sectors.

Domestic enterprises are busy in activities ranging from clinical trials and new drug research and development to commercialization and distribution of medical products. They are no longer content in lagging leading international players. In some areas, they are major players with capability to export emerging technologies and products. And in a few niches, they are even trendsetters or trailblazers.

For instance, more than 119 countries, regions and international organizations have approved the use of COVID-19 vaccines made by China National Biotec Group. The company has produced more than 3.5 billion doses of such vaccines at home and overseas.

Sinovac Biotech Ltd, which has been granted access licenses by more than 60 countries, regions and international organizations in total for its COVID-19 vaccine CoronaVac, has supplied nearly 2.9 billion doses worldwide.

Both companies have established manufacturing cooperation with local partners in several countries.

Chinese enterprises are also investing heavily to augment their R&D capability. Biotech enterprise BeiGene said it had invested $76.81 million in R&D in the first half of this year. Thanks to the generous investments in scientific research, at the end of June, the company was conducting 80 clinical trial programs in more than 45 countries and regions simultaneously covering more than 16,000 subjects.

The company expects to kick off some key clinical trials for several anticancer treatments within the year.

Sinovac announced recently that it would invest 2 billion yuan ($276 million) to build a biomedicine research-to-application transformation base in Zhongguancun Life Science Park in Changping district, Beijing.

To be put into use in 2024, the base will serve as a technology platform, service platform and manufacturing base in the frontier field of biomedicine in China, to accelerate the transformation of biomedical research results into industrial applications.

For multi-national corporations, China is also a market full of development opportunities, thanks to its reform and opening-up and pursuit of high-quality development.

According to Kang Wei, managing director of the R&D-based Pharmaceutical Association Committee, China’s pharmaceutical innovation ecosystem has made substantial progress in the past years.

“As it opens its door wider to the rest of the world, China is not only enhancing accessibility of quality treatment for its people but providing an increasingly important market for global players. This process coincides with the deepening reforms along the whole value chains of medicine and healthcare services,” she said.

“The Chinese market is playing an increasingly important role in the global supply chains of multinational pharmaceutical companies, while becoming an important source of capital and talent as well as a growth engine for them.”