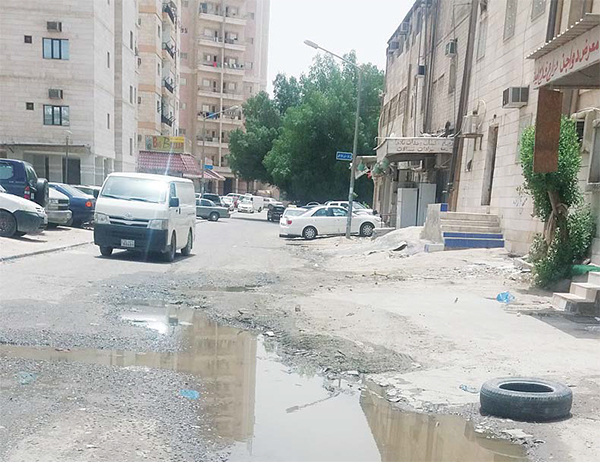 KUWAIT CITY, Nov 1: The Public Authority for Roads and Land Transportation (PART) has signed contract No. 5i/227 for the construction and maintenance of a number of roads and services in Khaitan area around the administrative and commercial center and in Jleeb Al-Shuyoukh area in the plots allocated for public utilities, reports Al-Anba daily. According to informed sources, the project was designed by Kuwaiti engineering cadres in the Roads Design Department of PART.

The implementation of the contract work will be supervised by a technical staff of Kuwaiti engineers affiliated with the authority. The project aims to facilitate the traffic movement in the administrative and commercial center in Khaitan area, and provide a sufficient number of parking spaces to serve the visitors of the area.

It also aims to serve the new Khaitan police station and the rest of the commercial complexes, through the duplication of the main roads surrounding the area to accommodate four lanes (two lanes in each direction) with the work of a median strip (traffic island) separating the two sides instead of the current situation (one lane for each direction) without a separator.

It also aims to upgrade the internal roads of the area and develop a new rainwater drainage network in the targeted area. The project will include increasing the drainage capacity of the rainwater network by replacing the existing pipes with others, exploiting the existing dirt spaces and transforming them into regular car parks, which will lead to an increase in capacity and improvement of the external view of the area, developing a street lighting network for internal roads with the development of the current network of surrounding roads, and removing Bader Al-Mailim Mosque, which has been closed for years and using that space for car parking. The project also aims to develop a road network and car parks to serve the 62 plots of public utilities in Jleeb Al-Shuyoukh area in the following manner:

1 – Create a network of roads and parking lots.

2 – Create a rainwater drainage network and link it to the external networks.

3 – Create a sewage network to serve the plots and link them to external networks.

4 – Create a telephone network to serve the plots and link them to external networks.

6 – Create a network to feed the plots with fresh water.