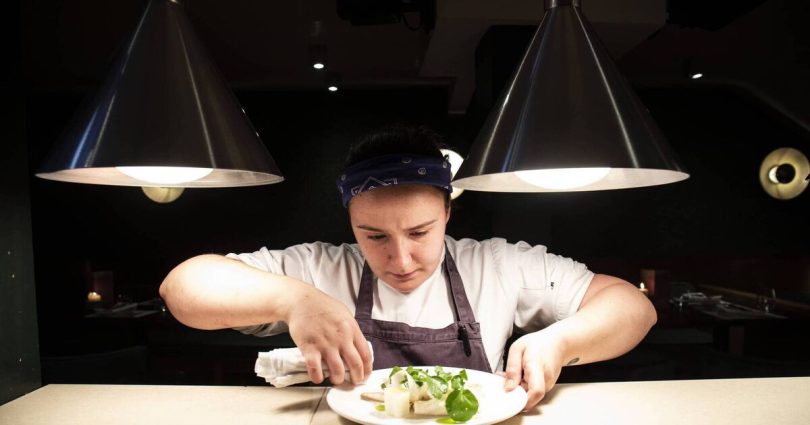 Cork hospitality has been boosted by the addition of various new chefs, despite countrywide hospitality staff shortages.

This is Mr Crepel’s first Irish venture, however, he has previously worked at the three Michelin Star Arzak in San Sebastian, at Hotel deVille Crissier in Switzerland before opening his own restaurant, Porte12, in Paris.

Mr Baci moved to Cork in 2005, having previously worked in Italy and Albania, and became an executive chef in various restaurants in the rebel county after studying culinary arts at Munster Technological University.

“Cork is my home, and I am passionate about utilising local ingredients as much as possible. Visits to the English Market and the purchase of the freshest food in season provide great inspiration for my cooking,” said Mr Baci.

Earlier this year, the Irish Examiner also reported on five other chefs that had joined restaurants across Cork, from Aishling Moore joining Goldie restaurant in the city to Brian Murray joining The Glass Curtain in East Cork.

Yet, Cork’s new wave of chefs is not representative of the countrywide struggle to hire and retain highly skilled kitchen staff. This year, Fáilte Ireland estimated there were about 40,000 vacancies in the country’s tourism sector, and about a quarter of these vacancies were for kitchen staff.

One of the main challenges when attracting chefs to Irish restaurants is that chefs must have secured employment before applying for the Critical Skills Employment Permit.

Paddy Lynn, founder and CEO of recruitment agency WeHaveChefs lobbied the Government in recent weeks to have chefs added to the list of workers that qualify for this permit, which is administered by the Department of Enterprise, Trade and Employment.

Mr Lynn said this would help recruit chefs from outside the EU due to the shortage of suitable staff in the hospitality sector.

Some of the hiring activity is done through networking instead of open recruitment due to the obstacles in the way. For example, Mr Crepel knew Peng Loh, the founder of international hospitality group the Unlisted Collection, which owns Terre restaurant, before taking up his new post.

Michelin-starred chef Danni Barry is among those in her industry that recognises the chef shortage crisis and has been working with Compass Ireland, one of the country’s largest food services and corporate restaurant operators, to create a new training programme for kitchen staff.

The Commis Chef Apprenticeship Programme will be available at Crumlin College Dublin and is supported by City of Dublin Education Training Board.

Regional apprenticeship programmes are scheduled to take place later in this year in Galway, Limerick, Cork and Northern Ireland.