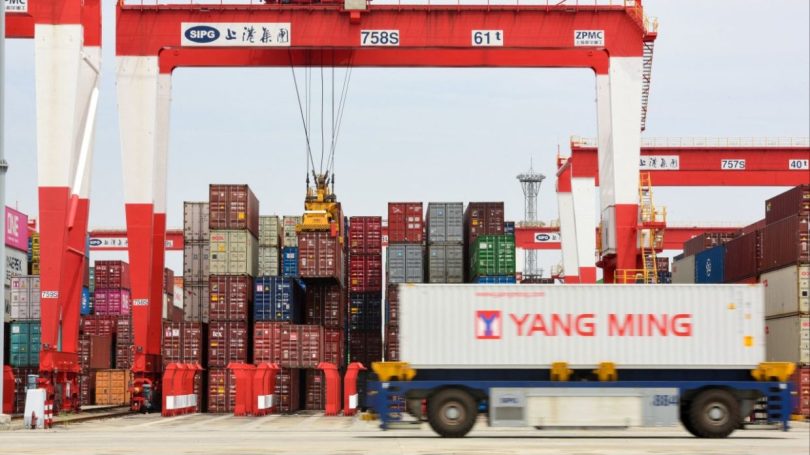 Shanghai’s ports are back up and running at 90 per cent capacity as mainland China’s gateway city kept new infections in communities at zero for a fifth consecutive day amid intensified efforts to put the local economy back on track after a seven-week lockdown.

“Restoring key industries in Shanghai is of vital importance to the local economy and smooth business operations in the Yangtze River Delta as well as across the whole country,” he said. “Shanghai, as a global shipping centre and one of the nation’s key manufacturing bases, has to play a leading role in bolstering development in the sectors.”

Do you have questions about the biggest topics and trends from around the world? Get the answers with SCMP Knowledge, our new platform of curated content with explainers, FAQs, analyses and infographics brought to you by our award-winning team.

He said the city was prioritising the full restoration of supply chains for the semiconductor, automotive, biomedicine and chemical industries.

Zhang’s statement came after new Covid-19 cases in mainland China’s commercial and financial capital tumbled to their lowest since March 20. New infections stood at 719 in the past 24 hours, 15.8 per cent fewer than a day earlier, according to data released on Thursday.

New cases in low-risk, unguarded zones – “precautionary zones” which have been case-free for 14 days – hit zero for the fifth consecutive day on Wednesday, a situation when infections are limited to people already in quarantine.

“The pandemic is ebbing and Shanghai is accelerating its pace of restoring the economic order,” said Gao Shen, an independent analyst in Shanghai. “A smooth operation at the Shanghai Port can pave the way for the free cross-border flow of cargoes in the near future.”

In April, Shanghai Port lost about 40 per cent of its capacity owing to pandemic curbs that caused a shortage of workers and lorries.

Shanghai Port refers to the dozens of seaports along the city’s 200-kilometre-long coast.

Tens of thousands of Shanghai businesses await the nod to reopen

The mainland’s most developed metropolis has been the world’s largest container port in terms of handling volume since 2010.

Since late March, lockdown measures to guard against the highly transmissible Omicron variant of the coronavirus have reduced capacity at the Yangshan Deep-Water and Waigaoqiao ports in Pudong, the two biggest harbours in the city.

On Monday, the municipal government announced that it will relax the city’s lockdown on June 1, in a phased plan to gradually return the country’s commercial hub to normality by late June.

Zhang said part of the city’s public transport, including 273 bus routes and four subway lines, would be running again from May 22.

At present, all 5,900 manufacturers and service providers that were allowed to restart operations are required to use a “closed loop” system, which entails workers sleeping on site to avoid contact with outsiders.

The vice-mayor also said the municipal government was soliciting opinions from small businesses, most of which had yet to reopen.

“We will address the issues raised by them and make detailed policies to guide them to resume operations at an orderly pace,” he said. “Their business operations will hugely invigorate the local economy.”

Still, the tentative reopening failed to cheer the stock market following the biggest declines in US equities in two years on Wednesday.