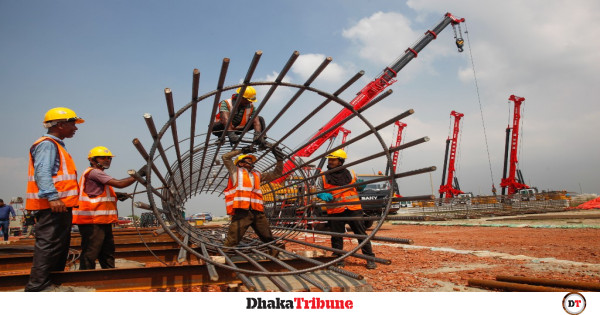 A recent report by the US Department of State said that corruption was a major obstacle for obtaining foreign investments in Bangladesh, despite gradual progress in reducing some constraints.

Despite unease of doing business in Bangladesh, its government offered a range of investment incentives under its industrial policy and export-oriented growth strategy with few formal distinctions between foreign and domestic private investors, it further said.

It added that the government’s efforts to improve the business environment in recent years show promise but implementation has yet to materialize.

Corruption was also widely perceived to be endemic at all levels of society, discouraging investments and inhibiting economic growth, the report stated.

It also said that security challenges were also hindering investment and trade opportunities in the country in some areas.

Land disputes were also acting as major barriers to investment, the US State Department report said.

The report also stated that Bangladesh’s garment sector has made significant progress on fire and structural safety due to unprecedented support from the international community and the private sector.

The Bangladeshi government has limited resources devoted to intellectual property rights (IPR) protection and counterfeit goods are readily available in Bangladesh.  Government policies in the ICT sector are still under development.  Current policies grant the government broad powers to intervene in that sector, the report said.

According to the report, electricity generation capacity had grown significantly over the last decade, but transmission and distribution systems needed additional work to ensure more reliable and inclusive access to electricity.

Reputable companies have complained the Bangladesh National Board of Revenue (NBR) has inconsistently subjected businesses’ prior-year tax returns to renewed scrutiny.  While this process is taking place, normal business activities such as banking, immigration procedures for foreign staff, and branch office licensing permissions may be slowed or stopped entirely, the statement  said.

Stating that the country’s financial sector is still highly dependent on banks, capital markets in Bangladesh are still developing, the report further said.

Economic weaknesses also include an undeveloped and undercapitalized financial sector, an inefficient and chronically loss-making public sector, and a decision-averse bureaucracy that often resists measures to improve the business climate, the US State Department added.