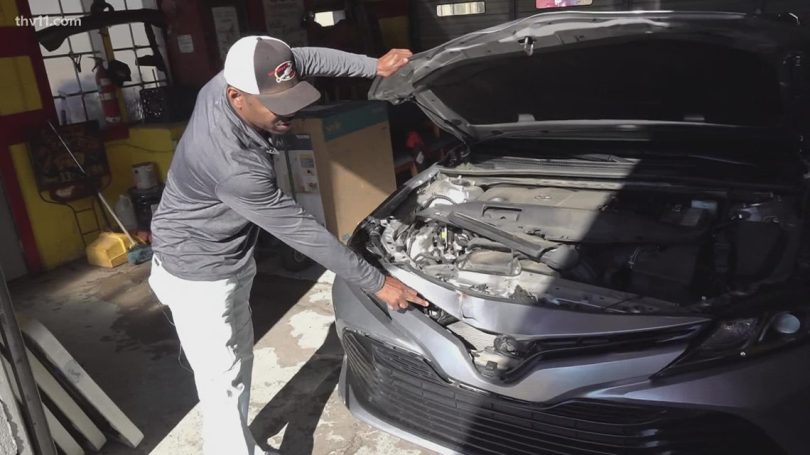 One insurance agent says rates have risen more than 15% this year, causing some drivers to take risky measures to save money.

LITTLE ROCK, Ark. — Like most things right now, repairing something as simple as a fender bender is costing mechanics more money.

It’s a subject that’s on Dee Coleman’s mind, who works with Coleman and Son Automotive.

“Parts are higher today than they were two years ago,” Coleman said.

In fact, Coleman added that automotive parts have seen a price increase of as high as 15%.

“I purchased a headlight that would be normally about $200 and I’m looking at about $275,” Coleman said.

According to Coleman, inflation and supply and demand is the main reason behind the climbing prices.

Currently, he’s working on repairing a car that hit a deer.

It’s not only expensive on the mechanic’s end, but insurance companies are feeling the impacts too.

Ivan Hudson is an insurance agent who owns the Hudson Agency and he said companies are also paying more to repair parts, which is driving up premiums.

“It’s a direct correlation to the cost of materials,” Hudson said.

Hudson said rates have risen as much as 15% this year and it is causing some drivers to take risky measures to save money.

“Some people are reducing their liability limits and their coverage,” Hudson said.

In order to reduce the premium while keeping the same plan, Hudson recommends:

“I’ve seen, you know, claim experiences of individuals that wish they had the higher coverage,” Coleman said.