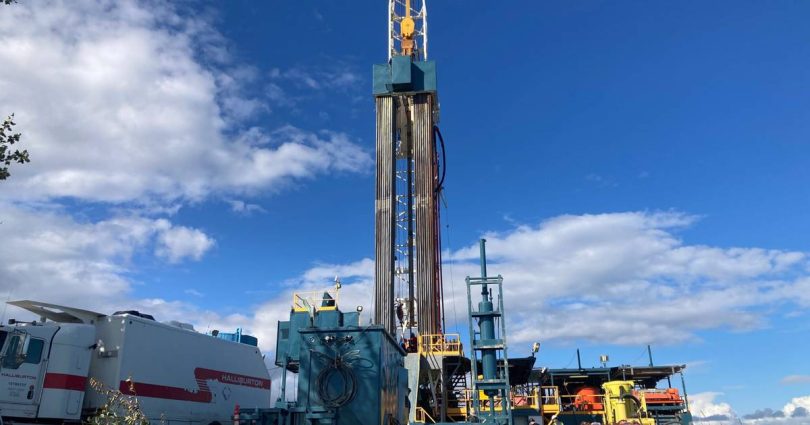 Amid warnings of diminishing natural gas supplies, utilities in Alaska, one of America’s biggest fossil fuel producers, are exploring imports of liquefied natural gas from outside the state to meet demand as contracts expire over the next decade.

The two utilities are Enstar, which supplies Southcentral Alaska homes and businesses with natural gas for heating, and Chugach Electric Association, the 90,000-member cooperative that produces electricity in the Anchorage area.

Alaska ranks fourth in oil production out of all 50 states, trailing only Texas, New Mexico and North Dakota.

But Hilcorp, which extracts the vast majority of Cook Inlet gas, warned utilities this year that the company may not be able to meet future demand once supply contracts expire over the next decade.

Those expiration dates, for most utilities, aren’t for at least five years, and there’s no immediate risk to utilities’ operations or the ability of residents to heat their homes.

But maintaining natural gas supplies in the future won’t be easy.

Experts say the size of the Anchorage area market is too small, and the cost of drilling exploratory wells in Cook Inlet too high, to attract new industry players who could boost production. And though Alaska elected officials want to build an export-focused natural gas pipeline from the North Slope to near Anchorage that could also meet local utility demands, construction depends on commitments from Asian buyers and investors that have not yet materialized.

“We cannot rely on that. We have to have a way to bridge that gap between Cook Inlet gas and the future,” John Sims, Enstar’s president, said in a phone interview Thursday. “That’s really what the purpose of this study is.”

Enstar’s consultant, Berkeley Research Group, is investigating and evaluating “gas supply options from outside of Alaska,” including LNG, the company said last week in a filing with the Regulatory Commission of Alaska, or RCA.

“We’re the largest electric utility in Alaska. And gas supply makes up 30% of our cost structure,” Miller said in a phone interview Thursday. “It’s essential that we have the expertise and the resources to effectively evaluate LNG as a potential option.”

Cook Inlet is Alaska’s oldest oil and gas basin, and it’s produced fuel for Anchorage and the surrounding area following an initial discovery in the 1950s.

The region faced looming gas shortages roughly a decade ago, but attracted new companies and development through a subsidy program that cost the state more than $2 billion, according to estimates by one advocacy group.

The lack of major industrial customers makes projects in other areas, such as on the North Slope and outside Alaska, more appealing investments for companies, experts said.

A call for transparency

For utilities to receive and store LNG shipments, they may have to build or modify infrastructure. And Ben Boettger, who closely watches the Cook Inlet gas industry for the advocacy organization Alaska Public Interest Research Group, said it’s prudent for the utilities to be studying the issue and assessing relative costs.

Meanwhile, a utility working group with state government members that’s examining Cook Inlet gas supplies has been holding closed-door meetings, rather than public ones. Its members, including Enstar and Chugach, are meeting under a “confidentiality agreement,” according to Enstar’s regulatory filing, though participating representatives from the Alaska Department of Natural Resources have not signed, an agency spokeswoman said.

Boettger and Antony Scott, an analyst for the nonprofit Renewable Energy Alaska Project, both questioned why the meetings aren’t public.

“These are policy decisions which shouldn’t be made by private companies,” Scott said. “We really should be making those collectively.”

Sims, the Enstar president, said he expects the utility to make a presentation on its consultant’s findings at a public meeting, and for the information to be shared with other members of the working group.

He and other utility executives said one of the reasons for confidentiality is that details of their natural gas demands, if revealed publicly, could weaken their positions in contract negotiations with suppliers.

Scott, the renewable energy analyst, said that coordination between the utilities is key to the planning process for Cook Inlet’s energy future. That’s in part to avoid duplication of planning and study costs, and partially because Enstar, as a supplier of home heating fuel, doesn’t have obvious alternatives to natural gas like the electric utilities.

Because the utilities can more easily integrate renewable energy sources into their generation mix, they should be moving quickly toward those technologies to help preserve Cook Inlet gas supplies, Scott said.

The cost to shift Southcentral Alaska homes and businesses away from burning natural gas for home heating “is just catastrophically large to think about replacing,” Scott said.

“It’s a conservation story,” he added. “We really should be saving those hydrocarbons as much as we can, to safeguard our economy as long as we can with less expensive natural gas.”

Utility executives said they are aggressively moving to harness power sources like solar and wind, even if those sources haven’t emerged in the public discussions or disclosures about the working group’s proceedings.

“It’s untenable that, as a utility manager, I have to rely 85% on one fuel. No other place does that,” Tony Izzo, the chief executive of Matanuska Electric Association, said in an interview Wednesday. “So, we need to change it.”

At the same time, said Miller, the Chugach chief executive, natural gas remains the cornerstone of the Anchorage area’s energy industry, and stable supplies must be guaranteed.

“In no way, shape or form should this discussion on natural gas assume that efforts are not being seriously undertaken evaluating alternative sources of generation,” he said. He added: “We’re kind of doing this simultaneously, by looking at wind and solar projects at a utility scale, but recognizing that natural gas is critical to meeting long-term viability needs in the future.”

Both Chugach and Enstar said it’s too early to know how much their consultants will cost. But Enstar last week asked the RCA for permission to separately track what it calls “potentially significant” expenses for its consultant. Those expenses could ultimately be incorporated into the rates it charges customers for gas — but only with the commission’s approval in a separate proceeding.

This piece was originally published in Northern Journal, a newsletter published by Nathaniel Herz. Subscribe here.