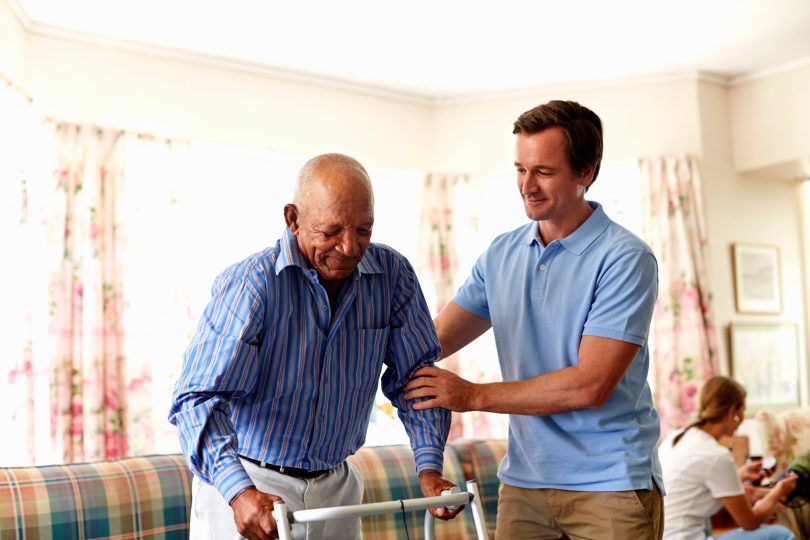 Omega Healthcare Investors‘ (OHI 0.18%) business has been facing major headwinds since the start of the COVID-19 pandemic in 2020. The stock is down materially from its 2020 highs, but has rallied nearly 13% so far in 2022 (with most of that advance coming in just the last three months). The broader real estate investment trust (REIT) sector is down 12% over that same span, putting Omega’s relative outperformance at roughly 25%.

But Omega’s troubles haven’t suddenly gone away, so investors may need to rethink their view of the stock. Here’s why.

Even when times were better, owning nursing homes was a hard business to be in. These properties differ from other senior housing assets because third-party payment, notably Medicare and Medicaid, is the primary source of rental income. That puts a very political spin on revenues and can lead to changes in the business environment, potentially material ones, that are hard to predict.

Omega has managed to create substantial returns in the space over time partly because nursing-home assets tend to trade more cheaply than other senior housing properties, which tend to have more self-pay customers.

Nothing here is meant to suggest that Omega is anything but well run. Still, the impact of the coronavirus was massive. People moved out of nursing homes (including those who passed away), fewer people moved in, and occupancy fell to levels that just weren’t sustainable.

The REIT doesn’t run its properties; it leases them so its tenants owe rent regardless of the market environment. And the government stepped in to provide assistance to nursing homes, given the need for the services provided. Thus Omega has been able to muddle through reasonably well, but it’s still had to deal with troubled tenants.

As recently as June, Omega had to handle rent not being paid by yet another tenant. That’s on top of many others, but it’s notable because it shows that the problems in the industry are lingering. Working through nonpayment can involve things like selling assets, which shrinks the portfolio, and making rental concessions, which shrinks the top line. This has not been an easy period, and Omega’s management is working very hard.

Still, there’s no way to candy-coat the problems. For example, Omega ended 2019 with occupancy of around 83.5%. In the second-quarter 2022 earnings release, which included March numbers, occupancy was reported at 75.1%. That’s a huge decline in an industry with tightly regulated staffing requirements. Omega’s lessees are facing a material cost crunch, and inflation is adding even more fuel to the fire.

Meanwhile, the REIT’s adjusted funds from operations (AFFO) in the second quarter came in at $0.76 per share, down from $0.85 in the prior year. Combined with the $0.67-per-share quarterly dividend, that gives an AFFO payout ratio of 88%.

That suggests there’s some additional room for adversity, but here’s the larger concern: Unadjusted FFO was $0.66 per share, leading to an FFO payout ratio of over 100%. That is not a good number, and it would normally scare off conservative investors. The underlying story is weak revenue, with trouble collecting rent from tenants dealing with increasing costs.

The second quarter saw sequential improvement in both Adjusted FFO and FAD [funds available for distribution], as some restructured operators returned to paying their contractual rent obligations. However, our financial results continue to be impacted by nonpayment of rent by a few operators and, with both facility occupancy and profitability still meaningfully below pre-pandemic levels, the risk of further operator issues remains.

And yet the stock has outperformed the broader REIT sector by a wide margin so far in 2022. Omega remains in a difficult period, but investors are clearly betting that the worst is over.

Perhaps that’s true, but it remains to be seen in the REIT’s results, with management clearly warning that it continues to face notable headwinds. The risk-reward balance here isn’t nearly as attractive as it was when the yield, which is around 8% today, was closer to 10%.

Omega has stood by its dividend payment, holding it steady through the pandemic, as it believes the industry headwinds will eventually abate. That’s admirable.

But with the lingering list of lessees that have been forced to ask for help from Omega, most new investors should at least consider the possibility of a dividend cut. A 50% reduction would seem a conservative view for dividend investors looking to live off the income their shares generate. Such a reduction would cut the current yield from 8% to 4%. If you wouldn’t be willing to own Omega Healthcare Investors with a 4% yield, you’re probably taking on too much risk buying it after the recent strong stock run.

This nursing-home REIT, while well run, continues to face material troubles. And the stock rally so far in 2022 is pushing the risk-reward balance increasingly toward the risk side of the equation. Even aggressive investors should tread carefully here.