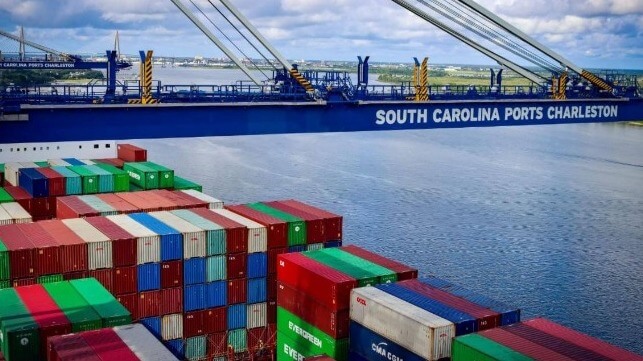 A crewmember from a vessel at the port of Charleston, South Carolina died last week in a linehandling incident.

On October 26, Philippine national Jayson Nieto, 35, was working a line aboard an unnamed vessel at the North Charleston Ports Terminal. In circumstances which are under investigation, the line hit him in the chest, causing him to go into cardiac arrest.

Nieto was pronounced dead at the scene. The U.S. Coast Guard and the county coroner’s office are conducting an inquiry, according to local media.

Linehandling accidents are among the top hazards in shipboard work, along with pilot ladder boardings and lifeboat drills. According to a 2009 study by the UK P&I Club, they are the seventh-most common source of injury claims, and the third-most expensive per claim – a sign of the seriousness of injuries sustained.

The typical causes of linehandling accidents are parted lines (53 percent) and lines slipping/jumping (42 percent). About one out of every eight reported linehandling casualties ends in a fatality, according to the insurer’s statistics.

The last waterfront fatality in Charleston occurred in July, about four miles south of the container terminal. A worker at a site near North Charleston’s Drydock Avenue was working inside the stack of a vessel when the platform supporting him gave way. He fell about 100 feet to the bottom of the stack, and he became unresponsive before first responders could extract him. The man died of injuries sustained in the fall.