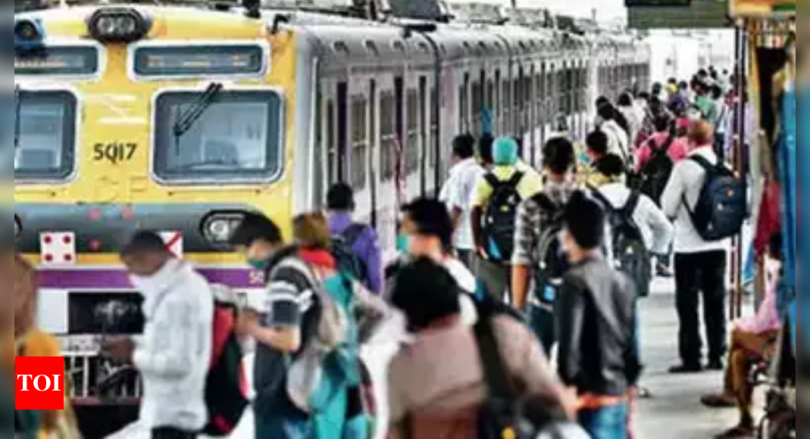 MUMBAI: Crimes recorded on the railways in the Mumbai region in the first half of the year were 62% lower in number than in the same period in pre-pandemic 2019. From about 16,500 cases in January-June 2019, crimes reduced to about 6,300 cases this January-June.
Besides visible policing having a direct impact on crime rates, activists believe that passenger volumes are still not completely at the same level as the pre-Covid period as many people are partially working from home.

No rapes were recorded on the railways in the first six months this year. Overall detection of crimes improved from 15% in January-June 2019 to 35% in the first half this year. “There are definitely more police checks now as compared to pre-pandemic times. But a key reason for reduction in crimes is also that many people are working from home at least for some days of the week, if not all. Lower crowds and more visible policing translates to more safety,” said activist Subhash Gupta.
Women’s groups said that after quitting or losing jobs in the lockdown, many women have not got back to finding new jobs and that would impact the volume of women train travellers. “We are also seeing a shift in the way women are travelling after the pandemic. Young girls who hadn’t been to college for the past two years and are travelling alone for the first time are now being escorted by parents or relatives in some cases. One of the reasons could be that the girls lack confidence travelling alone. The other could be that parents are worried about their daughters’ safety,” said Nandita Shah from Akshara Centre, an NGO.
The Government Railway Police (GRP) detected 82% of all robberies in the first half of this year. What worked is identifying ‘fatka’ locations and stepping up patrolling there. “We decided to deal with mobile phone thefts, which is perhaps the most reported crime on the railways,” said Quaiser Khalid, Mumbai GRP commissioner. “We started reopening cases of phone theft from a few years back and checking if any of the stolen handsets were now active. Our personnel plotted the locations on a map as per district and state. GRP crime branch teams were sent to these districts and were able to make more recoveries,” Khalid added.
The GRP also started accessing the criminal database of Mumbai, Thane and Navi Mumbai police as offenders operating in station areas are likely to have a criminal record outside the railways too. “We try to match faces and descriptions of suspects from our CCTV footage with that of offenders in their database. This has helped us tackle pickpocketing cases,” he said.