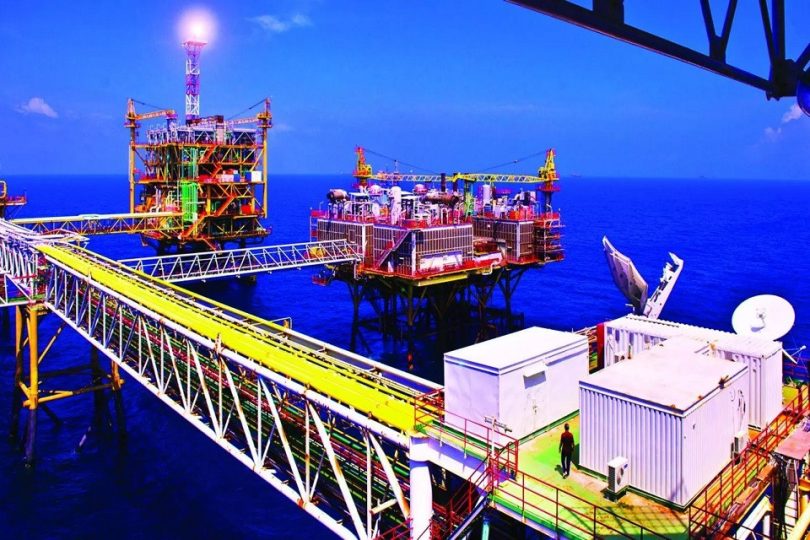 Data from the Ministry of Industry and Trade shows that in the 2011-2015 period, 24 new oil and gas were discovered.

In the past six years, oil and gas domestic production has continually decreased. On average, crude oil output decreases by one million tons per year. The need to increase reserves is a problem for the oil and gas industry as crude oil extraction is more difficult than before.

In recent years, crude oil exports have been decreasing and crude oil imports (from the US, Nigeria, Kuwait, etc.) have increased to meet the need of the Dung Quat Oil Refinery and the Nghi Son Petrochemical.

Increasing oil and gas reserves, compensating for annual production, ensuring sustainable development is a huge challenge. The areas with oil and gas potential have been explored in detail, especially in the Cuu Long basin, so most of the discoveries are small.

It is necessary to expand search and exploration activities to other areas far from shore. The remaining undiscovered oil and gas potential is assessed to be mainly in deep water and offshore areas.

According to the Ministry of Industry and Trade, the current legal documents on investment, search and exploration of oil and gas have many overlaps, are not suitable for the characteristics of search and exploration work, and are difficult to apply, resulting in difficulties in making decisions on exploration projects, especially projects with the PetroVietnam Exploration Production Corporation (PVEP)’s participation.

The report of the Vietnam Oil and Gas Group (PVN) in the recent meeting with the Prime Minister also assessed that the increase in oil and gas reserves in 2 years (2021-2022) has been modest. The main reason is problems with investment procedures in new blocks/mines.

PVN proposed shortening the process of reviewing and approving the oil and gas field development plan, and the Prime Minister decentralized and authorized the group to implement this.

The Ministry of Industry and Trade, the Commission for the Management of State Capital at Enterprises support this proposal of PVN. These agencies believe that it is necessary for PVN to actively develop solutions to increase oil and gas production output, so that decentralization will help the group adjust its oil and gas field development plan.