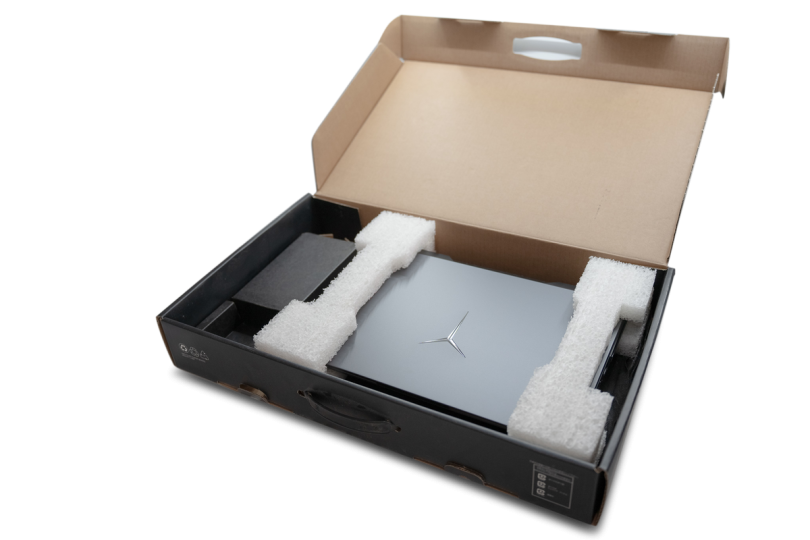 Back in 2018, Cruz Foam had an idea for a bio-version of plastic foam, made from shrimp shells. This year, they’ve secured $18 million in a Series A funding round and are working with consumer-packaged goods, electronics, appliance and durable goods companies.

See the photo above. This stuff will protect valuables like laptops during shipping as an alternative to harmful single-use materials.

That comes from chitin, the second most abundant biopolymer found in nature, explains John Felts, cofounder and CEO.

The chitin is sustainably sourced from shrimp shells, which might otherwise go to waste when seafood is processed, the company says. Other ingredients include starches and other natural materials. Petroleum isn’t on the list.

Cruz Foam, from Santa Cruz, California, is listed as BioPreferred vendor by the U.S. Department of Agriculture.

The department’s program website notes that “increased development, purchase, and use of biobased products reduces our nation’s reliance on petroleum, increases the use of renewable agricultural resources, and contributes to reducing adverse environmental and health impacts.”

Felts says most of the large customers coming to Cruz Foam already have strong corporate social responsibility (CSR) programs in place and are motivated by factors like consumer demand and preference.

People want something that protects without harm. Felts points to a Consumer Brands/Ipsos poll which found that 84% of consumers are concerned about plastic packaging waste. If you’ve ever unpacked a package, you might know how they feel.

Almost 20 states have passed extended producer responsibility laws, which require manufacturers to be responsible for the ultimate recycling of a product. What a concept.

“Cruz Foam’s patented products are circular in nature,” the company says, “using biopolymers found in nature to create a compostable material using the existing supply chain and at a similar cost.”

MORE FROM FORBES2021 Saw Two States Enact A New Plastic Packaging Fee Program, A Proposal That Will Be Debated In More State Capitals In 2022By Patrick Gleason

The company’s Series A was led by Helena, described as “a problem-solving group.” The round was joined by One Small Planet, Regeneration.VC, At One Ventures and Soundwaves.

Helena projects have included Factory in the Sky, which supported the development and construction of the world’s first carbon capture factory.

“We were introduced to Helena through Soundwaves, the (venture capital) firm founded by partners Ashton Kutcher and Guy Oseary,” Felts says.

“We are incredibly excited to have Helena lead our Series A round. And as you look at the other companies in their portfolio, the work they have done is focused on helping scale truly groundbreaking technologies with high impact.”

Matthew Saunders from Helena and Will Peterffy from One Small Planet also are joining the Cruz Foam board.

The Santa Cruz company plans to use its new influx of shells, er, funding to expand its team, facilities and partnerships, Felts says.

“Our model has always been to co-locate where supply chain partners are located, which tend to be close to product manufacturing facilities. We are also continuously involved in R&D in the circular materials space.”

The company also is converting to a Benefit Corporation and plans to report annually on its progress.

Back to the beginnings of Cruz Foam: John Felts is a surfer, who happens to have a bachelor’s in chemical engineering and master’s in materials engineering.

Most surfboards are made from traditional form, which takes hundreds of years of biodegrade. The plan was to turn chitin into surfboards first and use it later for packaging, etc.

Did they ever make surfboards?

“Short answer is yes,” Felts says. “We have made many surfboard prototypes in the early days, but we very quickly realized the greater impact in the near term would be in serving the needs of the packaging supply chain.

“We still have irons in the fire in sport and recreational use for our materials, so stay tuned on that one.”