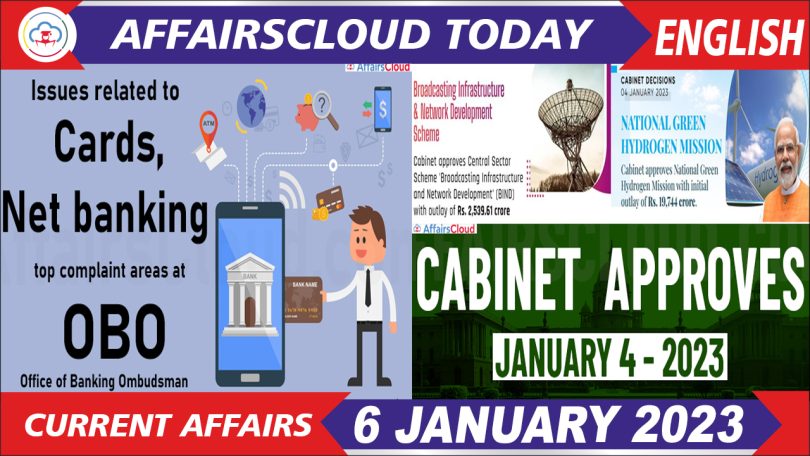 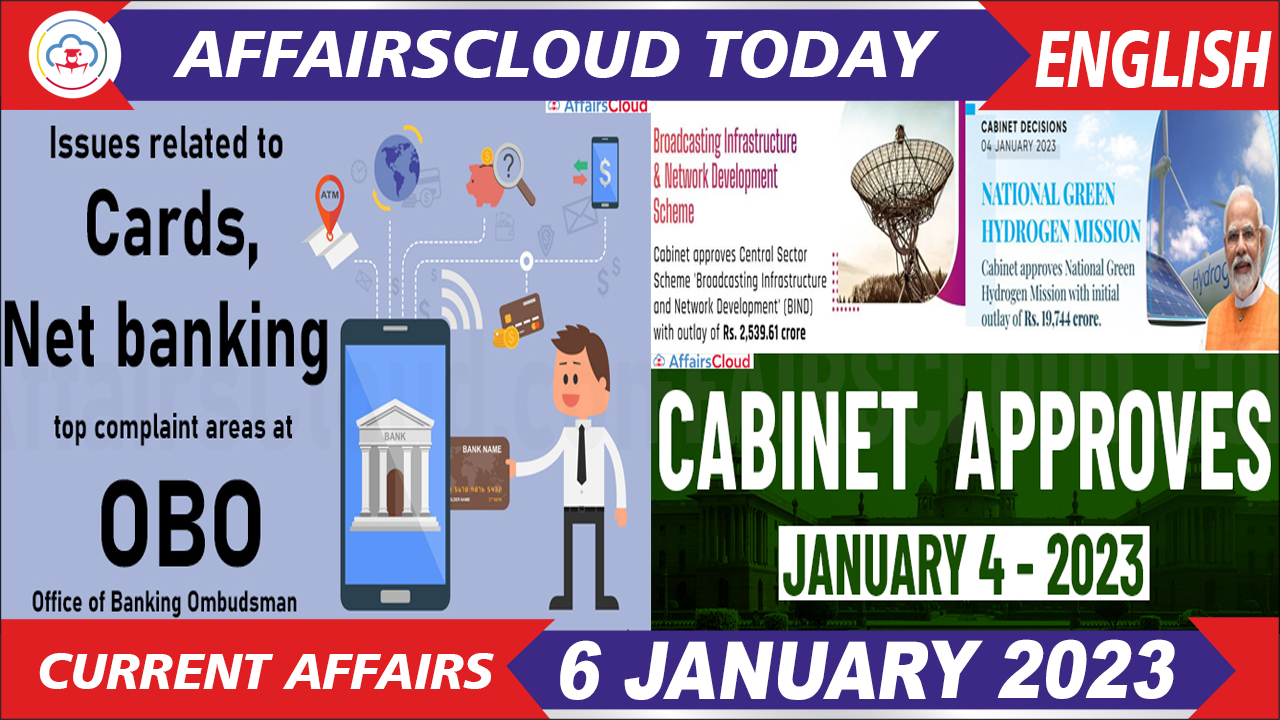 We are here for you to provide the important Recent and Latest Current Affairs 6 January 2023, which have unique updates of Latest Current Affairs 2022 events from all newspapers such as The Hindu, The Economic Times, PIB, Times of India, PTI, Indian Express, Business Standard and all Government official websites.

Our Current Affairs January 2023 events will help you to get more marks in Banking, Insurance, SSC, Railways, UPSC, CLAT and all State Government Exams. Also, try our Latest Current Affairs Quiz and Monthly Current Affairs 2022 PDF which will be a pedestrian to crack your exams. 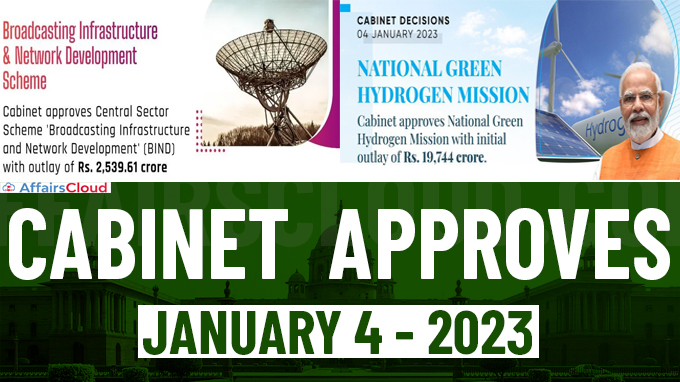 The President of India Droupadi Murmu has given her assent to the Code of Criminal Procedure (Gujarat Amendment) Bill, 2021 which empowers the administration to register criminal cases against those who are staging protests in violation of Section 144 of the Code of Criminal Procedure (CrPC).
What is Section 144 of CrPC?
Enacted in 1973, Section 144 empowers the magistrate of any state or union territory in India to prohibit the assembly of four or more people so that law and order can be protected in an area.
Amendment:
The CrPC (Gujarat Amendment) Bill, 2021 amended Section 195 (1) (a) (ii) which prohibits the jurisdictional courts from taking cognisance of the offences except on the complaint in writing of the public servant concerned.

Key Points:
i.According to the bill, the breach of the magisterial order will be regarded as a cognisable offence under Indian Penal Code (IPC) Section 188 (disobedience to an order duly promulgated by a public servant), and a public authority can arrest an accused without a warrant.

ii.Before this amendment, the state (police) can only detain violators for a limited period of time
iii.Once this bill becomes law, the Gujarat government, police commissioners and district magistrates will be empowered to issue prohibitory orders, restricting any person from a certain act or for prevention of disturbance of public tranquillity or a riot or an affray to maintain public order on various occasions.
About Section 144 of CrPC:
i.As per the law, the Section 144 can be directed against a particular individual or persons residing in a particular place or area or to the general public.
ii.The order passed under Section 144 can remain in force only for two months from initiation of the order. It can be extended but not more than 6 months and have to reviewed thereafter.
iii.Violation of Section 144 is liable for a maximum of 3 years imprisonment. 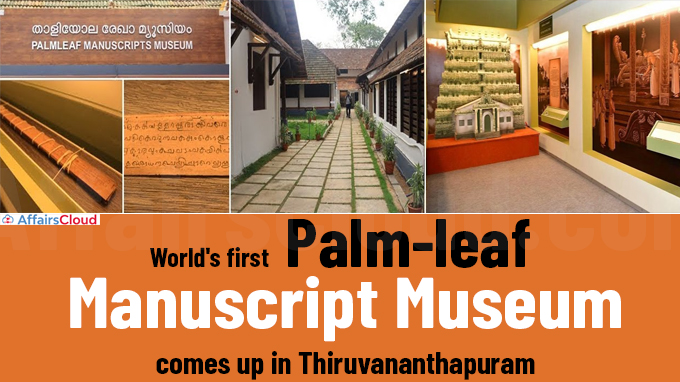 Background:
i. The museum is a repository of curious nuggets of administrative, socio-cultural and economic facets of the Travancore kingdom which lasted for 650 years till the end of the 19th century.
ii. It had been the Central Vernacular Records Office since 1887 before becoming a museum.
Key Highlights:
i. The museum is a useful resource for historical and cultural studies for both academic and non-academic researchers.
ii. The museum has 8 theme-based galleries in the museum representing segments like, “History of Writing,” “Land and People,” “Administration,” “War and Peace,” “Education and Health,” “Economy,” “Art and Culture,” and “Mathilakam Records.”
iii. The museum stores 187 manuscripts at Central Archives and the department’s regional officers in Ernakulam and Kozhikode. The manuscripts span 6 centuries From 1249 CE to 1896.

iv. The Museum houses manuscripts in ancient scripts such as Vattezhuthu, Kolezhuthu, Malayanma, and ancient Tamil and Malayalam.
v. The 1st phase’s archival material was selected after sorting through a stock of carelessly stored 1.5 crore palm-leaf records from all across Kerala. Droupadi Murmu President of India inaugurated and laid foundation stone for various projects during her 2 day visit to Rajasthan from 3rd to 4th January 2023.

i.During his visit to Cyprus, EAM witnessed the signing of agreements in a number of fields, including Defence and Military Cooperation between India & Cyprus.
ii.It was his first visit to Austria as India’s EAM, and the first such visit from India in 27 years. The visit commemorated the 75 years of India’s diplomatic ties with Austria, which were established in 1949.
iii.During EAM Dr. S. Jaishankar’s visit to Vienna, Austria, India and Austria signed a number of agreements, including ones pertaining to mobility and migration and the Working Holiday Programme.
About International Solar Alliance (ISA):
Director General– Ajay Mathur
Established – 2015
Headquarters– Gurugram, Haryana
>> Read Full News 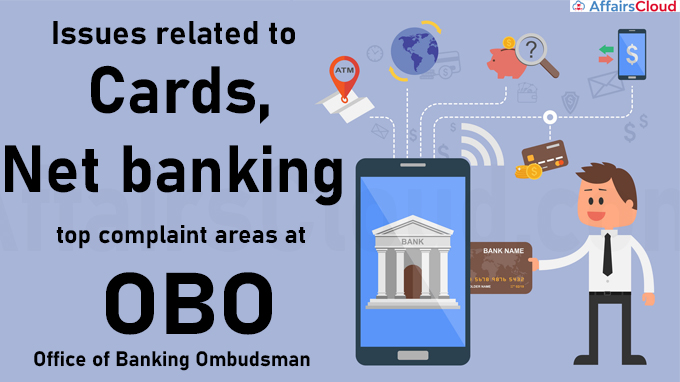 i.On January 4, 2023, the Reserve Bank of India (RBI) released the Annual Report of the Ombudsman Schemes for the period April 01, 2021 – March 31, 2022. Its details are as follows:
ii.Issues related to ATM (Automated Teller Machine)/debit cards were the highest at 14.65% of the total received at the Office of Banking Ombudsman (OBO) during April 1 to November 11, 2021. 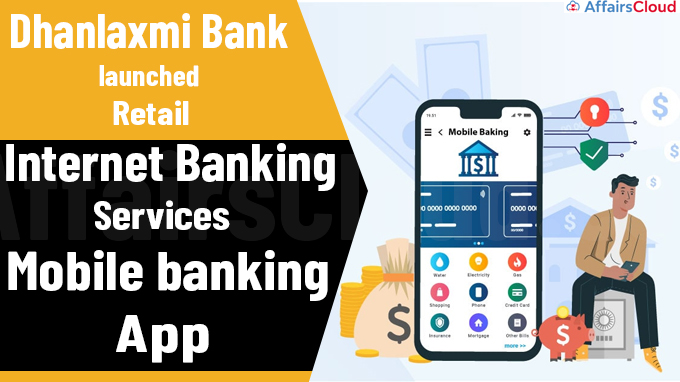 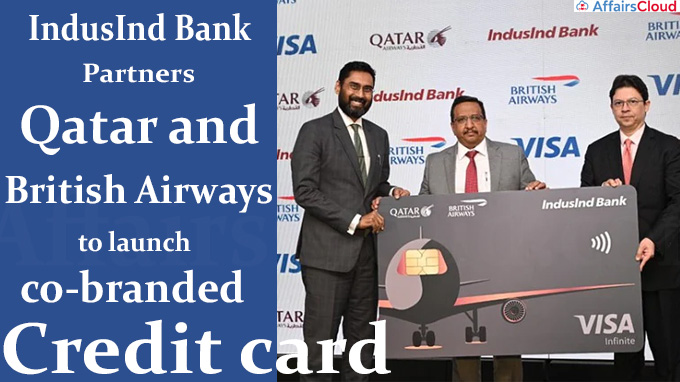 Key highlights:
i.The credit card will be available in the Infinite variant of Visa and offers best-in-class rewards along with multiple benefits that will elevate international travel experience of customers.
ii.Through this card, the customers are allowed to choose their preferred airline loyalty programme and select their preferred travel destination to collect maximum Avios, the rewards currency for British Airways Executive Club and Qatar Airways Privilege Club.

On 4th January 2022, the Reserve Bank of India (RBI) has received an application from Bhubaneswar (Odisha) based Annapurna Finance Private Limited (AFPL), formerly known as Annapurna Microfinance Private Limited, under the Guidelines for ‘on tap’ Licensing of Universal Banks in the Private Sector issued on 1st August 2016.

Note – Under these guidelines large industrial houses cannot apply for bank permits. Also, eligible promoters need to have at least 10 years of experience in the financial sector.
In May 2022, RBI rejected applications from UAE Exchange and Financial Services Ltd, The Repatriates Cooperative Finance and Development Bank Ltd (REPCO Bank), Chaitanya India Fin Credit Pvt Ltd and Pankaj Vaish and others for setting up Universal Banks. 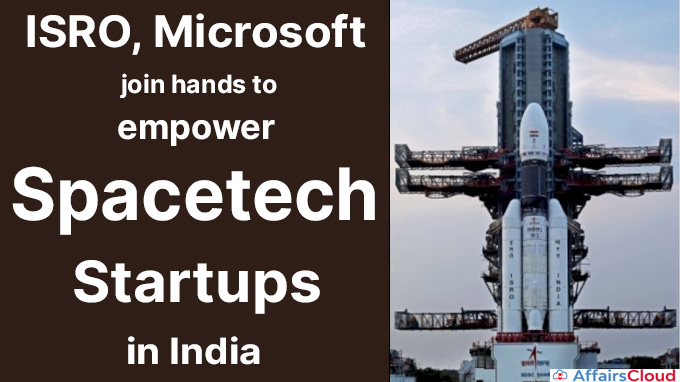 On 5th January 2023, the Indian Space Research Organisation (ISRO) and Microsoft India signed a Memorandum of Understanding (MoU) to support and promote the growth of space technology startups in India.

Key Points:
i. The partnership aims to strengthen ISRO’s vision of utilising the market potential of India’s most innovative and successful space tech businesses.
ii. Through this collaboration, the ISRO-identified space-tech firms will be added to the Microsoft for Startups Founders Hub platform, which supports startups at every stage of their development, from idea to unicorn.

iii. In addition to providing technological access, Microsoft will coach space tech entrepreneurs in a variety of fields, including cloud technologies, product and design, funding, and sales and marketing.

The Assam government has announced the list of winners of the Assam State Civilian Award 2023 which honours notable people for their admirable service to society. A total of 21 personalities were chosen for the Assam State Civilian Awards 2023.
Renowned doctor Dr Tapan Saikia was honoured with the “Assam Baibhav” for his work in the healthcare (cancer treatment) and public service sectors, which included promoting early cancer detection in Assam and other northeastern regions.

ii. The awardees will also get Free Medical Treatment in Government hospitals and stay in paying cabins and other facilities.

On 5th January 2023, Belinda Clark, a Former Australia captain, has become the 1st female cricketer to get a Bronze statue unveiled at the Sydney Cricket Ground’s Walk of Honour. The race will be held at the new Hyderabad Street Circuit alongside Hussain Sagar Lake, Hyderabad, Telangana.
About Formula E World Championship:

Note: The Gen3- the world’s fastest, lightest, most powerful and most efficient electric race car is coming to Hyderabad for the event.
Key Points:
i. Private firm Ace Nxt Gen is the official promoter of the Formula E Race in India in partnership with Formula E and the Telangana government.

ii. The Hyderabad Street Circuit, a 2.830 km (1.758 mi) street circuit, is designed by Driven International, the firm responsible for the recent changes to the Yas Marina Circuit in Abu Dhabi.
iii. This is India’s 1st Street Circuit Car Racing which opened on 19th November 2022.
iv. A total of 11 teams with 22 cars would be racing in the Hyderabad E-Prix in their brand-new Gen3 Formula E cars, including some of the major racing companies.
v. The new Gen3 Formula E cars are capable of a top speed of 322 kmph (Kilometer per hour).
vi. McLaren and Maserati will be joining the Formula E grid, alongside competitors like Porsche, Jaguar, Nissan and the Indian team, Mahindra.
Note: The last international racing event hosted by India was in 2013 when the country hosted the Formula 1 Indian Grand Prix at the Buddh International Circuit, Greater Noida, Uttar Pradesh.
Click here for the 2023 Race schedule.

Global Family Day, also known as World Peace Day, is annually observed across the globe on January 1 to promote the concept of harmony and unity in the world.
In 1999, UN members were given the chance to mark January 1 as “Global Family Day” officially.

Note: The International Decade for the Culture of Peace and Non-Violence for the Children of the World was being started at the same time by the United Nations General Assembly (UNGA).

The name, ‘Mandous’, was suggested by the United Arab Emirates (UAE) in 2020 as a member of the World Meteorological Organisation (WMO).

AffairsCloud Ebook – Support Us to Grow