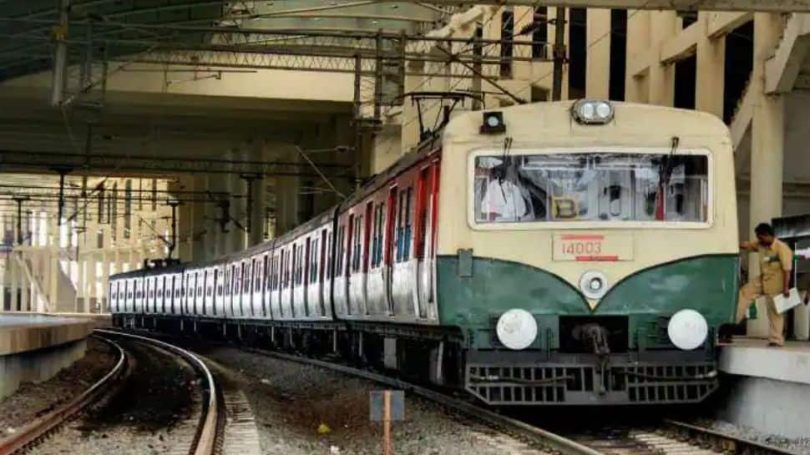 The Chennai Division of Southern Railway announced on Friday that suburban trains in Chennai may be cancelled/rescheduled if necessary to avoid unpleasant incidents due to Cyclone Mandous. According to a formal letter from the Southern Railway Chennai Division, Divisional Railway Manager Ganesh has directed the relevant Branch officers and field officers to restate safety instructions and notify all front-line workers in order to maintain safe train operations.

“Suburban trains may be cancelled/rescheduled if necessary to prevent untoward incidents, based on weather warning reports and prevailing situation. Close liaison is being maintained with the state Meteorological Department and adjoining Railway zones for managing the situation,” read the notice.

The India Meteorological Department (IMD) predicted that the maximum wind speed to cross up to 85 kmph in view of the `Mandous Cyclone` and has issued a red alert. The three states given red alerts are Tamil Nadu, Puducherry, and Andhra Pradesh. Doppler Weather Radar Karaikal and Chennai are monitoring the cyclone.

“The cyclonic storm “Mandous” pronounced as “Man-Dous” over Southwest Bay of Bengal moved northwestwards with a speed of 14 kmph during the past 06 hours and lay centred at 1430 hours IST of today, the 9th December 2022 over Southwest Bay of Bengal off north Tamilnadu and Puducherry coasts near latitude 11.7°N and longitude 81.0°E, about 350 km north of Trincomalee (Sri Lanka), 250 km north-northeast of Jaffna (Sri Lanka), 135 km southeast of Mamallapuram and about 170 km south-southeast of Chennai. Doppler Weather Radar Karaikal and Chennai are monitoring the cyclone,” read an official statement from the Indian Meteorological Department.

The IMD predicted that the cyclonic storm with a maximum sustained wind speed of 65-75 kmph gusting to 85 kmph during midnight today and early hours of tomorrow.”

It is very likely to move nearly northwestwards and cross north Tamil Nadu, Puducherry, and adjoining south Andhra Pradesh coasts between Puducherry and Sriharikota around Mamallapuram (Mahabalipuram) as a cyclonic storm with a maximum sustained wind speed of 65-75 kmph gusting to 85 kmph during midnight of today, the December 9 to early hours of tomorrow, the December 10,” read an official statement from the IMD.