Shares of FMCG major Dabur India gained nearly a percent on Friday, after the company reported its earnings for the first quarter of financial year 2023 with a 50 percent rise in the consolidated net profit to Rs 441 crore from Rs 294 crore on a sequential basis. However, the net profit came in flat as compared to last year’s Rs 437 crore.

The profit was in-line with CNBC-TV18’s poll estimate of Rs 440 crore.

The consolidated revenue stood at Rs 2,822.43 crore, up 8 percent, in the June quarter as compared to Rs 2,611.54 crore during the same period last year owing to a strong 180 percent year-on-year (YoY) growth in its retail business and a double digit growth in the food segment. On a quarter-on-quarter basis, the revenue jumped 12 percent. The CNBC-TV18 poll had estimated the revenue at Rs 2,808 crore. 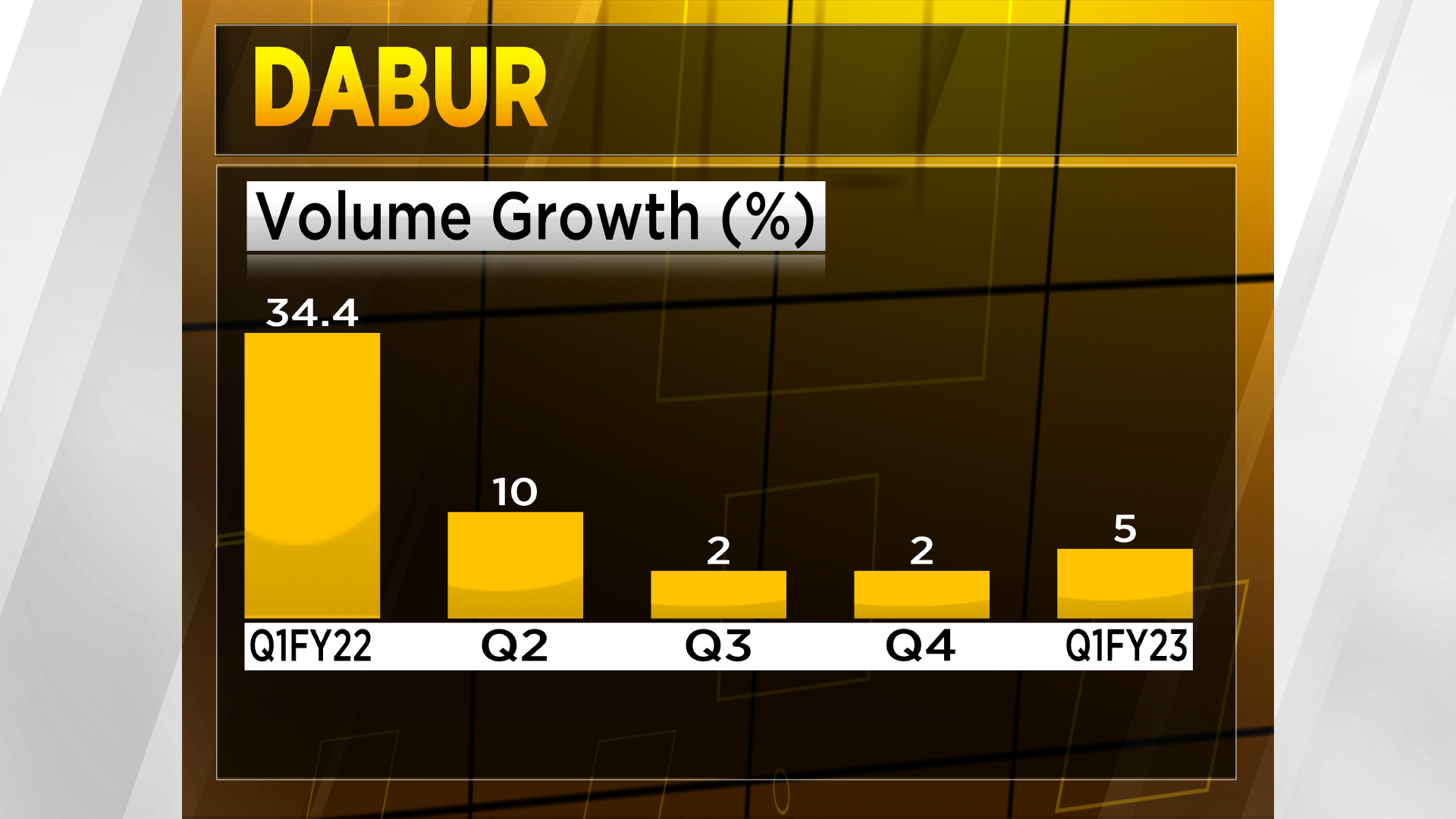 The growth in the international business was 8 percent in constant currency terms on a YoY basis while the India business grew by 10 percent.

“Dabur continued to demonstrate agility and resilience to deliver steady revenue growth despite consumer sentiments dwindling in the face of significant and increasing inflationary headwinds,” the company said in a statement.

EBITDA or earnings before interest, tax, depreciation and amortization — a measure of a company’s overall financial performance — fell 1.5 percent to Rs 552 crore as compared to Q1 last year against the CNBC-TV18’s poll estimate of a 2.2 percent decline.

The EBITDA margin stood at 19.3 percent, down 180 basis points, against an estimate of a 200 bps decline. On a sequential basis, the food business saw the highest growth, up 69 percent while retail business grew 15 percent.

The food and beverage vertical which comprises of juices was expected to do well in Q1 FY23 on account of a normal summer after two years of COVID-19 impact while home & personal care was supported by price hikes.

“Our brands continued to grow significantly ahead of the market, gaining market shares across all key categories. Despite the macro-economic headwinds, we remained focused on rolling our consumer- centric innovation that expanded our total addressable market, and report strong, sustainable, profitable growth. The demand environment remained stressed in view of the heavy inflation, which saw consumers switch to more affordable smaller packs of branded consumer goods,” said Dabur India CEO Mohit Malhotra.