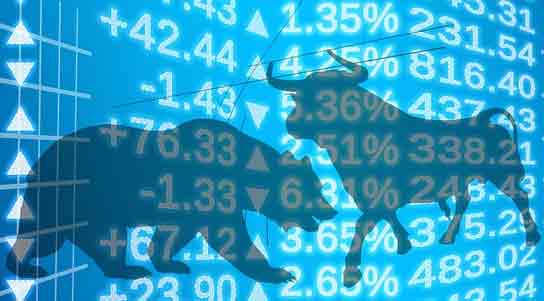 The Indian market closed the week ended on July 8 with three per cent gain. Benchmarks Nifty50 and barometer Sensex rose by 3% each as the market extended the rally for the third day in a row.

India Volatility index (India VIX) swung wildly this week registering over 13% change during the week as it settled near 18-mark.

Foreign institutional investors remained net sellers this month by offloading worth Rs 4,433.81 in the Indian market between July 1-7. Interestingly, FIIs turned net buyer on July 5 with Rs 1,295.84 crore purchase this week. It also cut down selling spree to a great deal by offloading just Rs 330.13 crore on July 6 and selling equities worth Rs 925.22crore on July 7.

The market breadth remained positive with 1897 stocks advancing against 1378 declining on the BSE on Friday.

As the market ended a highly eventful week, which also saw kicking off earnings season on Friday with TCS, on a strong note, here is what experts make of the today’s trading session:

“The Indian rally got stronger as crude prices corrected halving FIIs selling when compared to last week. However, this rally can fizzle out as correction in commodities prices & tightening monetary policy are negative for global economy, limiting earnings growth & valuation expansion. Q1 earnings season will be the prime focus of the market, in the near-term.

“The benchmark Nifty remained above 50 EMA throughout the session suggesting a prevailing positive trend. A higher top higher bottom of a smaller degree is visible on the daily chart. The daily RSI is in positive crossover and rising. The trend is likely to remain positive as long as it sustains above 16000. On the higher end, 16300 may act as immediate resistance.”

The Nifty witnessed a smart recovery in the last week. On the way up, it crossed short term hurdles including the psychological mark of 16000. It filled up a gap area that was created during the June decline. The index has now reached a crucial junction. It has reached its daily upper Bollinger Band as well as upper end of a rising channel. In terms of the Fibonacci retracement, it has done little more than 61.8% of the June fall. Thus, sustainability at this level will be crucial to determine further extension in the up move. If the Nifty crosses July 08 high of 16275 then it can head towards 16500 in the short term. On the flip side, failure to hold above 16200 will allow a dip towards 16050-16000.

With the week’s objective of 16200 fully achieved today, the question now is on sustainability of the uptrend. We had indicated earlier that beyond 16200, rejected trades could re-surface. But, as noted yesterday, with several signs of a shift from an oscillating trend to a directional one, the prospects of rejection trades or pause in upsides need to be played with caution. For the day, we would see inability to float above 16235 as an opportunity towards the same. If such moves do not extend past 16050 regions, expect steady rise to 16340shortly and 16500-17000 in the coming days.