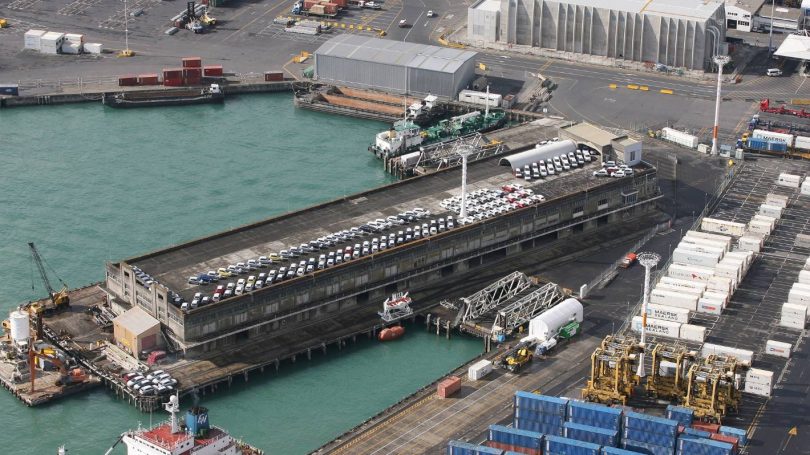 Damien Grant is an Auckland business owner and a regular opinion contributor for Stuff, writing from a libertarian perspective.

OPINION: Back in 2012 I wrote of the then union troubles down on the Auckland docks and concluded: “Government ownership places constraints on a business that produce the sort of nonsense we are seeing at the wharves. …commercial discipline is lost and there is no consequence for failure, no risk of insolvency and no reward for profit.”

My thesis was that the Port of Tauranga, which had been partially privatised and therefore subject to market discipline, would do better than the Port of Auckland that was shielded from commercial scrutiny by being 100% owned by the Council.

No one paid attention and I didn’t expect anyone would. If my wife doesn’t take me seriously there is no reason why others should. Still. Haven’t events played into my hands?

The Port of Tauranga just declared a $111 million profit. The Port of Auckland, by contrast, declared a $10m loss. The red-ink down at Quay St, however, is far greater than what has been reported.

In 2016, a decision was made by the Ports of Auckland board to automate their processes. Instead of having union labour manning the cranes, technology could do the job.

A computer would scan the containers on the ship and an automated crane would swoop overhead, lift the container effortlessly into the air and drop it where needed.

Well. Perhaps committing a vast amount of cash to future-proofing a business built on economic foundations as shaky as reclaimed land isn’t what a prudent board subject to external scrutiny would have done.

Even back in 2016 there was speculation that the port should be moved amid concerns that the middle of a busy CBD wasn’t the ideal place to be running trucks back and forth.

Part of the justification for the capital expense was the promise of an increase in containers that could be processed, despite growing local resistance to the current level of activity and logistical pressures on access to the facility.

Ships come into the Port of Auckland at all hours of the night. High above Auckland’s twinkling lights, as the city slumbers, crane operator Willie Maipi is there to meet them.

None of this mattered. The project went ahead. We now know what happened. It failed as badly as my attempt to adhere to New Year’s resolutions.

In June, it was announced that the entire project was being junked. The reason why the port suffered a loss was they wrote off the $63 million spent on software to make the automatic cranes run. But that isn’t where this story ends.

Before it knew that the software would work, the port committed to buying 27 cranes built in Finland. Beautiful they are, if you like that sort of thing and bear no personal consequence if you buy the wrong ones.

Maybe it didn’t buy all 27. The annual reports get a little fuzzy on the details, but they will be parked somewhere on the wharf looking as majestic as a row of ceramic lions and about as useful.

The total cost isn’t clear because the port isn’t telling us, but speculation puts the capital squandered at between $400m and $500m.

So, let’s understand what the board did. In order to reduce labour cost and, maybe, increase capacity on a business earning circa $200m in turnover, it committed to spending more than twice its annual revenue in capital expenditure, without exercising the appropriate level of governance and oversight.

“The business case presented to the board for the approval of the [automation] project was unsatisfactory … the key shortcomings of the business case were a lack of visibility, and testing of assumptions adopted, poor risk assessment, simplistic financial analysis…”

This, and much more, comes from a review by experienced infrastructure executive Mark Binns who was brought in by the current board to understand what went wrong.

His report highlights repeated failures that, if they had occurred in a private firm, would have resulted in either an insolvency or a painful capital restructuring and, depending on the details, the directors being held to account personally for losses faced by the enterprise.

This will not happen. The ratepayers have lost as much as half a billion dollars and that is considered fine. No one cares. There will be no consequences. Half a billion is half Pharmac’s budget, to put into grim perspective the human scale of what has been squandered. It is about $300 per resident in the Super City.

It is a staggering loss, but even that does not capture how badly dysfunctional the port is.

According to it 2022 annual report, the port enjoys $265 million in revenue and earned a $27m profit, reduced as explained by the automation write-off, to a $10m loss after allowing for some re-valuation of property which made the final result look less awful.

However, the council, which owns the land, does not charge the port rent. Fifty-three hectares of the most valuable real estate in the country is going to be worth at least $2 billion in today’s money. Probably a lot more. Even a 5% return gets you $100m that the ports should be paying in lease costs.

Once you factor this in, the Ports of Auckland loses money every year and, once they incur the write-offs for the cranes, the port will be more than a blight on the landscape. It will be an open financial sore.

I have no view if the port should be moved or not. I think you need to own land in Ruakaka to have a strong opinion on this matter, but it is self-evident that the current governance model is broken and has been for far longer than a decade.

We know, through long and painful experience, that market provides a degree of discipline that those running a local council can never provide.

Perhaps we should try that; or just sell the cursed thing before any more harm is done. However, I am confident this will not happen, and I look forward to revisiting the topic in 2032.