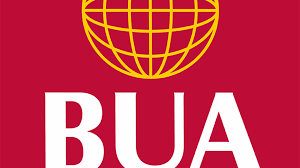 Nigeria’s tow leading cement companies, Dangote and BUA Cement spent a whopping sum of N173.537 billion in fuel and power during the half year ended June 30, 2022, representing 41.33 per cent of the total cost of sales of N419.965 billion recorded by the cement firms during the period under review.

The amount spent by both companies is also 38.34 per cent more than the N125.44 billion recorded during the comparable period of 2021.

According to the unaudited half year results of both companies, profit after tax of these companies stood at N233.668 billion from N235.026 billion in 2021 representing a marginal 0.7 per cent decrease.

This was due to the rising cost of sales which swallowed much of the earnings following rising inflation and high exchange rate. Cost of sales for the firms stood at N419.965 billion for the half year 2022 as against N342.275 billion in 2021, accounting for a growth of 22.7 per cent.

In the report, Dangote Cement consumed fuel and power valued at N129 billion during the half year 2022 as against N98.978 billion in 2021 representing a growth of 31.3 per cent.

BUA Cement on the other hand, spent N43.580 billion on energy in the first six months of 2022, representing an increase of 64.66 per cent over N26.446 billion reported in the corresponding period.

Speaking on the result, CEO of Dangote Cement, Michel Puchercos explained that despite the elevated inflation due to a very volatile global environment, the first half of 2022 has been positive.

Puchercos explained that significant increase in energy and AGO costs are impacting negatively on the production and supply of cement products.