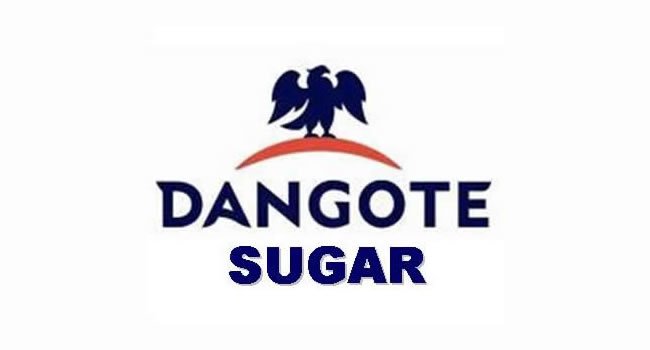 Claim: A controversial lawyer, Malcolm Omirhibo, on Wednesday claimed that Aliko Dangote, the founder of Dangote Group, was over the years given the sole licence to import some commodities into the country despite the Nigerian economy being based on a free market economy.

Verdict: The claim is false. Although Dangote has always been accused of getting favours from the government, which enabled his businesses to thrive, findings by our reporter showed that licences for sectors government authorities saw the need of protectionist policies were issued for eligible bidders, with Dangote’s competitors getting their licences.

A controversial lawyer, Malcolm Omirhibo, tweeted on his handle that Africa’s richest man, Aliko Dangote, amassed his wealth through favouritism and getting sole licence to import and sell cement, sugar and salt.

He tweeted, “How can a country of over 200million people that claims to run democracy and a free economy give only one man the licence to import and sell cement, salt and sugar? Now, the same man has been given the sole licence to build the only functional refinery. It doesn’t add up at all.”

The tweet has 4,547 re-tweets, 432 quote tweets and 10.300 likes. But a comment under by Babatunde Felix noted, “Not true…it actually depends on competitors’ marketing strategy….little I know all his competitors in cement and sugar industry are doing well.  In fact, I see more of Golden Penny sugar these days than Dangote.”

Another person, Misipes01, replied, “You are very wrong! A lot of refinery licences were issued by the defunct Department of Petroleum Resources and the investors did not build the refineries. Please ensure you get your facts right on a public medium. Thank you.”

When a tweep, @ElMali, asked, “Did others apply for license and were denied?” A reply in support of the lawyer by @OriginlNigerian stated, “They were given licences but are being denied the privileges Dangote is still enjoying.  So, it is still the same as not being given.”

Also, @IgweFrank18 stated, “Haha, sometimes I wish I came from Ghana, but I can’t deny my beloved Nigeria. We have come of age to still be repeating the same story for decades. To the youths, your future is more important than what this government wants for you. I can advise the youths to stay away from this.”

Africa’s richest man and business mogul, Aliko Dangote, has always been accused of getting rich, not due to business acumen but government policies that benefitted his sprawling business network.

Best known for his cement production, Dangote has over the years invested in other sectors in the country. The latest are a fertiliser producing factory and crude oil refining company to come on stream next year.

His critics attribute his economic fortunes to his political connections, saying his businesses are able to excel as a result of government’s support through the introduction of the Backward Integration Policy (BIP).

Backward integration refers to the process in which a company purchases or internally produces segments of its supply chain, thus, the acquisition of subsidiaries aimed at creating and producing certain inputs that could be utilised in production.

This helps the economy to promote quality growth, economic transformation and employment by making greater use of locally produced inputs and services in production through the creation of backward linkages.

In Nigeria, introduction of the BIP in a sector is akin to protectionist policies that sought to grow it by encouraging local production through incentives.

This is often done by engendering investments in the sector by giving companies tariffs, levies and tax breaks to grow the sector and ensure self-sufficiency in it, while importation is gradually stopped.

This also involves private companies bidding for licences to import machines or raw materials needed in production, while a quota is given to import a certain amount of the end-product to avoid scarcity.

Commodities like sugar, salt, cement, fruit juice, among others, have benefitted from the programme, with mixed results. That of the cement has generated a lot of uproar.

Although the aim of local production has been achieved, with Nigeria exporting the commodity to other African countries, its high price in Nigeria has led to calls for the government to implement more initiatives that will bring in more companies that would crash the price of the commodity.

Despite the BIP in the three sectors, Nigeria still imports the products though stringent measures are often given as the Central Bank of Nigeria (CBN) holds the final say on who can access the dollars needed to pay for the commodities.

With the exemption of cement, the other two products are mostly imported in their raw form as the policy has already led to the country having self-sufficiency in refining them.

But few companies are in the sector as the cost of production is high in the country to sustain their businesses.

Is Dangote the only country importing the commodities?

For cement, Dangote does not import the product as it is the leading producer in the country. Dangote is joined with two other companies, BUA Cement and Lafarge Cement as major producers in the country, controlling more than 80 per cent of the product.

For sugar, Dangote imports raw sugar, which is refined in the country. The sugar master plan guides on the quota of raw sugar to import based on performance on how companies abide with development of the raw sugar subsector (sugarcane plantation). Dangote is joined in this sector with Flour Mills of Nigeria and BUA foods.

For salt, some elements for its production are imported into the country, but the company has a refinery for domestic use. Dangote is joined in this sector by Premium Salt, Bayswater Industries Limited, producers of Mr Chef Salt, Union Dicon Salt Limited, Columbia International Limited, Royal Salt limited, among  others.

Findings show that Dangote was not at any point in time given an exclusive right to import the products identified. Although allegations of getting favours from government authorities abound, there is evidence that he has competitors in every aspect of his business.