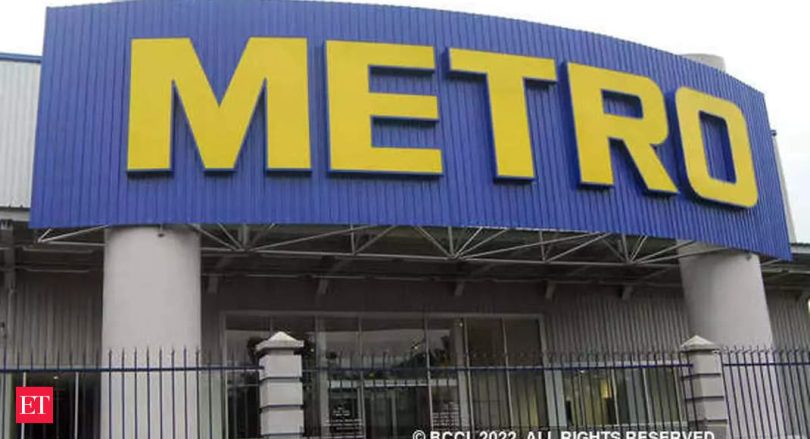 Worldwide, multinational corporations (MNCs) are viewed with suspicion whenever they set up operations in other countries. India is no exception. Such scepticism is especially rife in the retail industry.

Yet, as events of the past two decades indicate, foreign retailers and wholesalers have understood the importance of collaborating with kiranas in India. That this collaboration is a winning proposition was highlighted during the pandemic when kiranas offered last-mile connectivity, and modern retailers provided a plethora of goods that benefited small stores as well as consumers.

The irony, however, is that although kiranas have shed their earlier suspicions, most of their ‘vocal local’ supporters haven’t. This is particularly unfortunate for German retail giant Metro Cash and Carry’s operations in India, which has benefited many kiranas across the country. When the Dusseldorf-based company entered India in 2003, a series of protests were held by activist outfits and a few local farmers’ unions, claiming that the livelihood of small traders would be threatened.

The initial years were challenging for Metro as it sought clearances from the Karnataka government to set up big-box cash’n’carry stores, while it was trying to expand to other big cities like Hyderabad and Kolkata. It took years to convince state governments that Metro’s practices were not predatory but actually benefited small traders and kiranas. As the first MNC to establish organised wholesale stores, Metro was also the only one to have followed its global B2B business model in India. Therefore, unlike other foreign retailers, it did not have to modify its operational model to comply with local regulatory norms. Since its business model catered to local businesses and small retailers, it was never perceived as a big threat or competitor to kiranas and local retailers. Instead, it acted as their ally, proposing policy recommendations to benefit its kirana partners.

Unfortunately, given the sustained headwinds from stringent regulatory norms, pandemic-inflicted losses and geopolitical conflicts such as the Russia-Ukraine war, the bottom lines of most companies across industries have been majorly impacted. The impact of restricted funding has already been felt across India’s startup landscape, as many have announced layoffs in recent weeks and suspended expansion plans.

Four years ago, Metro, which had always managed to avoid the limelight, made news when it turned profitable after 14 years of consecutive losses. An ongoing survey-based study on the economic impact of foreign investment and its contribution to Sustainable Development Goals (SDGs) found that if MNCs are allowed to grow and make profits, only then can they reinvest the profits in India.

And here is a company that is not only profitable but is among the most successful ventures for Metro globally. At the same time, the fact that companies like Metro stayed for so long – posting growth and expansion – shows their strong willingness to cater to the Indian market. However, the news that Metro Cash and Carry is poised to press the exit button in India goes against all this. A closer look, however, shows that being Ebitda-positive and profitable doesn’t tell the entire story. There could be two major reasons why Metro is reportedly considering an exit, or is scouting for a local partner.

Pricing, margin pressures and higher real estate costs are major deterrents in setting up big-box cash’n’carry stores. Until 2016, Metro had only about 18 stores in India. It became more ambitious only in the last few years, opening 13 new stores under its new leadership. This still isn’t enough for the scale it had envisaged earlier.

Competition has intensified from smaller ecommerce and quick commerce players backed by strong private equity (PE) and venture capital (VC) funds. Therefore, Metro may require capital investment to expand in the middle of the rising competition. In such circumstances, further investments from its parent company would be better than seeking funds from external sources that come at more competitive terms.

Under normal circumstances, these two elements would not be reason enough for one of the world’s biggest retailers to shut operations in India, or rope in a partner. But given the current scenario, Asia doesn’t seem to be a key market any longer for the parent company. Recently, Metro closed operations in Vietnam, China, Japan and Myanmar.

The winning formula for gaining the loyalty of kiranas has ensured a profitable flow of business. But the only way to keep things going is by infusing funds to counter local competition, which has intensified after the emergence of quick commerce and instant deliveries.

As the business dynamics get more intense by the day, additional funding is required, along with a reliable partner having deep pockets and with an understanding of the Indian market to scale up operations significantly. Sustaining its retail operations will be in the interests of most stakeholders, including kiranas, while suspending them will be a losing proposition. One hopes the tide turns soon to safeguard interests of all stakeholders, including Indian consumers.

The writer is professor, Indian Council for Research on International Economic Relations (ICRIER)