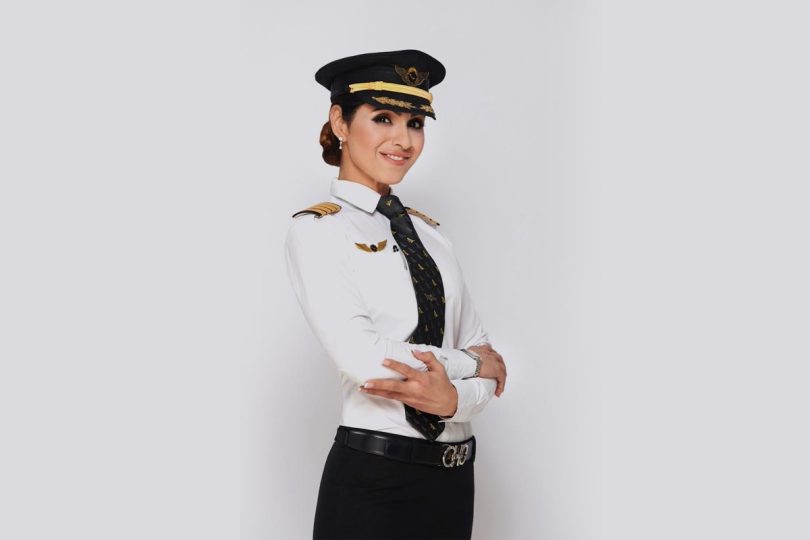 Delhi police is yet to respond to her complaint. As someone  who is a  spokesperson at the UN for women empowerment alongside Greta Thunberg and Anne Hathaway, becoming a victim of fraud has left Agarwal disappointed.

India’s most well-known and decorated female commercial pilot Zoya Agarwal was shocked to find a dubious aviation training company using her photo to attract aspirants in an advertisement calling for admission. Agarwal, on Wednesday was bombarded with queries on whether she was starting a training program at the said company after an advertisement was  published in a leading newspaper on 23 January. Agarwal was in New York when the incident happened. “I was informed by my father about the advertisement. This is a case of identity theft. They are trying to use my credibility to dupe gullible parents and aspirants. It is Indian parents and students who are going to be affected.” said Agarwal in a phone conversation with The New Indian.

Agarwal wasted no time in raising the matter with the Delhi police. “A certain Krapa Study Abroad Private limited put an advertisement in some aviation programs in South Africa. They have given a toll free number 18003099831 and other non toll free numbers such as 9999194957,9999664957 +4 other numbers. My photograph was published by Krapa  whose director’s names are Kaushal Jemini and Mamta Rani. When my father spoke to  Kaushal on phone and asked them how they have my photograph in their advertisement, he could not give an appropriate answer,” she said.

The credentials of the company are questionable. A random google search doesn’t throw any website result. The said advertisement is full of spelling and grammatical errors and doesn’t carry any specifications about their course. “By using my photograph they are trying to cheat numerous innocent individuals of their money. This company tried to use my brand name and gave out the impression that I was associated with this venture. This can have dangerous consequences. This is a way to cheat the people of India and rob talented girls and boys of this country of their future.” said Agarwal.

Delhi police is yet to respond to her complaint. As someone  who is a  spokesperson at the UN for women empowerment alongside Greta Thunberg and Anne Hathaway, becoming a victim of fraud has left Agarwal disappointed.

She has brought several laurels to the country. She became the youngest woman pilot in India to fly a Boeing-777 in 2013. She flew an all-female crew of Air India led by Zoya Agarwal covered the world’s longest air route from San Francisco (SFO) to Bengaluru, via the North Pole. In 2021, she was chosen by the United Nations as its spokesperson for Generation Equality.The SFO based aviation museum recognised Agarwal’s illustrious career in aviation and her passion for empowering women worldwide.

Now, the pilot is pursuing her MBA from the prestigious Columbia University where she became the first Indian to earn its most esteemed scholarship, yet again bringing pride to India.  She is an ambassador of education and female empowerment. Her image as someone who promotes education made her an easy target for the fraudulent company, she feels.

Agarwal is left disheartened and traumatized due to the event that thing don’t become easy for women even when they achieve a certain position of power and prestige with their talent and hard-work. “This is the same mentality that enables crime against women. This entitlement people feel towards a woman’s face, body, her credibility and success. I only wish that appropriate action is taken against this company so that India’s daughters don’t have to go through such harrowing experience time and again,” she added.