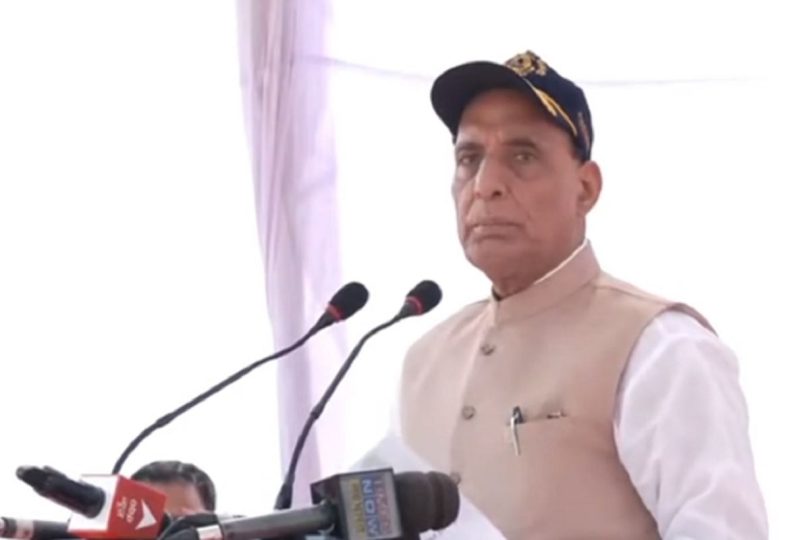 In a first-of-its-kind two-day visit, Defence Minister Rajnath Singh will visit the Andaman and Nicobar Command (ANC) headquarters, to review the infrastructure development and operational preparedness.

The ANC is India’s first tri-services command in the strategically located 572-island Andaman and Nicobar archipelago. Lt Gen Ajai Singh, Commander ANC, will brief the minister on the status of various ongoing projects.

Apart from visiting the command’s HQ on 6 January 2023, the minister will also visit INS Baaz, the southernmost air station in India, located at Campbell Bay on the Great Nicobar Island, the Times of India reported.

The base allows the Indian forces to dominate the six-degree channel as well as the Malacca Straits (one of the busiest international maritime routes).

Indian Air Force (IAF) also operates its fighters from Car Nicobar Air Force Station (AFS). Sukhoi-30 MKIs and maritime Jaguar squadrons are regular visitors to this AFS. The AFS is 1,200 km away from the Indian east coast, although the AFS doesn’t permanently base these fighters.

ANC was first raised in 2001 to counter China’s rising influence in the Indian Ocean Region (IOR). The strategically located island allows India to keep a close eye on Chinese movement in the Malacca Straits and is in close proximity to the maritime boundaries of southeast Asian countries.

The project for the construction of a 2,250 km undersea cable will also be reviewed which was started in early 2020. This project will create high-speed Internet connectivity between the islands and with islands to the mainland, which until now was done using low-speed high-latency satellite links.

Indian Navy, Indian Army, IAF and Coast Guard jointly patrol and dominate this archipelago. Several infantry battalions of the army, Garud and Marcos commandos of the air force and navy respectively operate from this command.

The speed of development in the command and A&N Islands until now was very slow, but has increased since the Chinese decided to increase tensions along the entire Himalayan region.

The strengthening of this command will allow India to mount effective surveillance of Chinese maritime traffic passing through the IOR, and also interdict them in case of a border war between India and China.