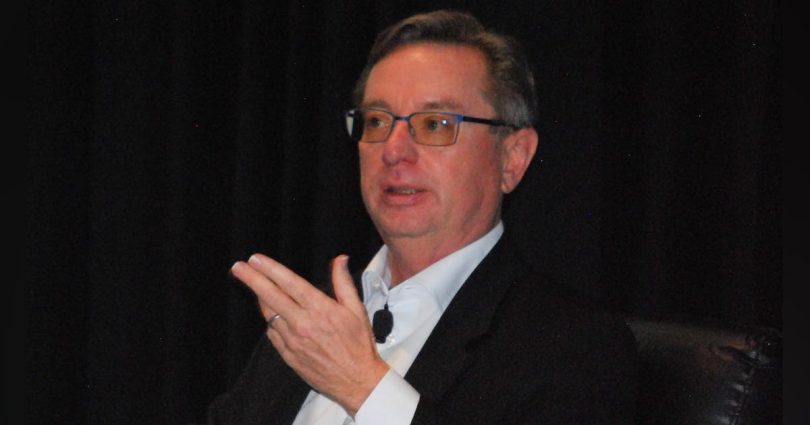 Digitalization in the oil and gas industry has come a long way, but make no mistake, it still has a long way to go. In an industry that experiences the dual pressures of creating operational efficiency and meeting environmental, social, and governance (ESG) requirements, digital transformation is no longer a question of if, when or how, but one of, “What’s the best way to accomplish our specific needs?”

During a panel of oil and gas industry leaders at Rockwell Automation’s Automation Fair, representatives of some of the largest producers and service suppliers in the industry pondered the question in more practical terms, asking how digitalization has evolved and what it means for the industry today.

“As a supplier, the definition [of digitalization] is elusive because it means different things to different customers,” said Allan Rentcome, CEO of Sensia, a joint venture between Rockwell Automation and SLB (formerly Schlumberger). “Defining digitalization as data and science, we’ve been doing that for a long time. I think it’s more about helping customers get to their end goals.

“The technology isn’t the impediment anymore,” he continued. “The thing that needs to be in the mind of the customer is how do I apply these technologies.”

Rentcome referenced the technology on the show floor at Automation Fair as an example of just how much technology already exists to enable digital operations. He also added that there isn’t one single supplier that can offer all the technology needed for any company’s digital journey.

Among the panelists, which also included Mahyar (Matt) Mohajer, digital platform manager at SLB; Barry Elliott, vice president of process industries at Rockwell Automation; and Alan Bryant, engineering consultant for automation at one of the top independent oil and gas producers in the U.S., Oxy, several themes broke through the difficulty in defining today’s industry digital transformation. Those themes include: operational optimization and standardization, the need to shore up environmental, societal and governance (ESG) and decarbonization data and an ability to satisfy multiple constituencies.

He added that figuring out the direction takes a lot of thought and planning since the last thing any oil and gas producer wants in its operations is a bunch of one-off solutions. He said the bigger goal is standardization that can be used across the value chain.

All four panelists agreed that digitalization strategy is a value proposition more than a reactive fix. As an example, Bryant pointed to Oxy’s strategy in regard to its supervisory control and data acquisition (SCADA) systems.

“We’re sorting these things out. Like what belongs in our traditional SCADA system,” he said. “As the stakeholders come up with needs, we’re figuring out what technologies are available for those needs.

Mohajer agreed that choosing your digital path must be focused on the value added to the organization over the long term. “The lines are getting quite blurry,” he said concerning pinpointing digital transformation priorities. “Looking at optimization, a good portion of my job is to look into tech and make sure we adopt them, and also defining what we need in terms of the entire life cycle [of the operation].”

The needs of operations aren’t the only stakeholders of significance these days. “Now with ESG there’s another stakeholder that we didn’t have before,” Bryant said. “In order to get your tax credit there is a lot of data that needs to be gathered.”

While the ESG acronym is now top of the mind for executives in the oil and gas industry, the industry has actually been attacking its decarbonization issues for quite some time.

“Oil and gas has been doing ESG for a long time,” Mohajer said.

Technology can help the industry meet its decarbonization challenges, but to do so, ESG needs to be part of standard processes.

“You cannot separate it from your operations,” Mohajer said. He added that the choices you make now when adding digital technology to your operations impact your long-term ability to minimize your carbon footprint. He said autonomous operations can minimize footprints because they minimize field operations by personnel.

Bryant said data vital for operations in carbon capture and to reduce emissions. He said the industry is in need of good and reliable predictive technology to alert operators when leaks are possible so they can be proactively fixed.

When asked to look ahead 10 years and opine on the role of automation technologies and their role in oil and gas operations, the panelist offered several areas of growth potential.

Bryant pointed to technology’s role in creating flexible operations. “Flexibility is needed to support multiple stakeholders’ needs,” he said. “Another is making good use of industry standards that are out there so we’re able to take advantage of the technologies, and especially as we bring new people into the industry.”

Mohajer added that the Internet of Things (IoT) is another big advancement. “IIoT opens a lot of doors for innovative workflows and component safety,” he said.

Rentcome brought up cybersecurity. He said he expects standards to be developed to help make operations more inherently secure.