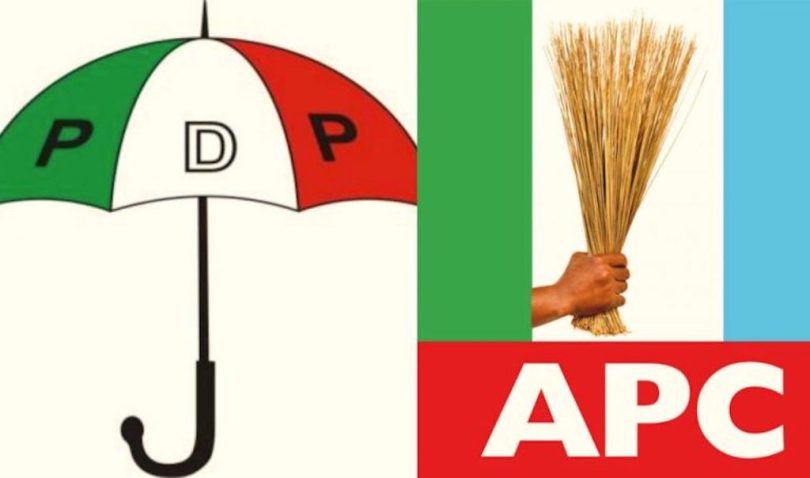 The deputy senate president and All Progressive Congress, (APC), governorship candidate in Delta State, Senator Ovie Omo- Agege and governor of Delta State and vice-presidential candidate of Peoples Democratic Party (PDP), Dr Ifeanyi Okowa, have disagreed over condition of roads in the state.

While Omo-Agege accused Okowa of patronising ‘inexperienced contractors’ who specialised in using wheelbarrows and shovels to construct multi-million naira road projects, Okowa said all Delta roads – from Benin to Warri, Sapele to Agbor, are all impassable yet “we have a son as deputy president of the Senate.”

Omo-Agege, who vowed in Ughoton town in Okpe LGA of the state to end the era of substandard road projects if he emerges as next governor of the state, also lamented the poor quality of job in the few roads the present administration has executed in the state.

The APC governorship candidate expressed dismay at the quality of job being done on the Jeddo/Ughoton road project when he personally observed workers of the contractor handling the project using wheelbarrows and shovels in asphalt laying.

“My administration will complete the road project when voted as governor in the polls. The interest of Okpe LGA will be protected with me as governor. I heard some of our people talking about the Jeddo road that has been under construction for years. You know me, I’m ‘talk na do’(one who fulfils promises). If I become governor, that road will be completed.

“Guess what? It will be completed with the best of contractor(s) and the best of materials. When I was coming, I saw some people with wheelbarrows and shovels, and after three to four months interval, the road will wash away”, Omo-Agege said.

But Governor Okowa, who was in Sapele at PDP’s campaign in Sapele LGA, lamented that Omo-Agege could not lobby the federal government to reconstruct roads in the state, yet he wants to be governor.

He said APC is synonymous with infrastructure deficit and inept governance, saying the federal government, in its lackluster administration, orchestrated collapse of its roads in the state through deliberate neglect and abandonment.

Okowa noted that the poor attention of the federal government to Delta had continued in spite of the state having a son as deputy president of the Senate, urging the people of the state not to despair, saying “with God’s will and your support, I will become the next vice-president of the country and we will attend to all the roads for the benefit of our people.”

According to him, the PDP governorship candidate, “Sheriff Oborevwori is not greedy and he has good people management skills and he will not disappoint Deltans. He has promised to complete our ongoing projects and execute more projects for the benefit of the people.”