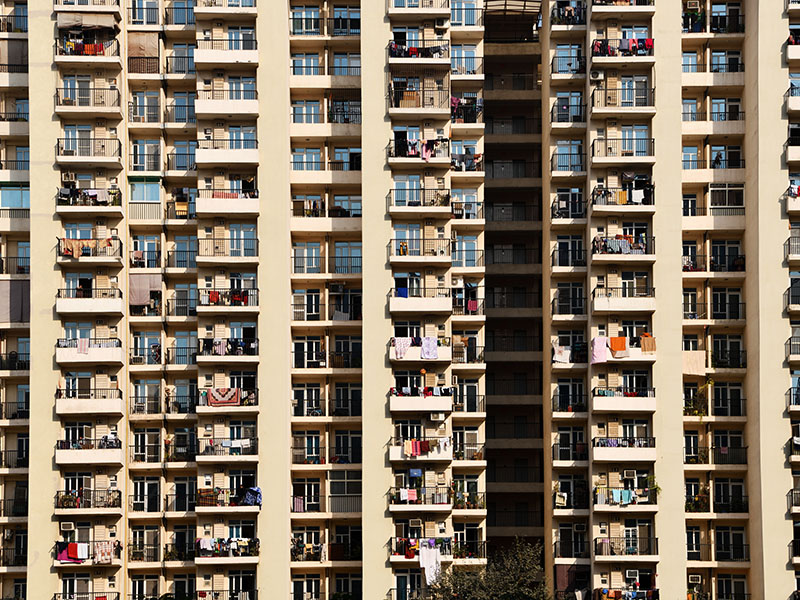 Data from the Reserve Bank of India (RBI) points to a clear growth in home and unsecured personal loans. Image: Frédéric Soltan/Corbis via Getty Images

The banking sector has, in the current financial year, seen a strong pick-up in demand for loans, particularly for the home, personal and consumer durables. Bankers and housing finance companies say there has been a clear uptick in demand, particularly throughout much of this year. Data from the Reserve Bank of India (RBI) points to a clear growth in home and unsecured personal loans.
“We are seeing a genuine uptick,” says Ambuj Chandna, president, consumer assets at Kotak Mahindra Bank, talking about consumer spending towards holidays, weddings and for consumer products. This has increased the demand for loans.
Kotak Mahindra Bank has seen a 77 percent year-on-year growth and 15 percent sequential quarter growth in the personal, business and consumer durables segment to Rs 11,616 crore for the June-ended quarter from Rs 6,561 crore a year earlier. “The unsecured loans segment is the one where we see a genuine customer need and we are addressing it,” Chandna tells Forbes India.
It must be noted that in recent years it has been easier for banks to underwrite for the new-to-credit (those who take loans for the first time), due to the increasing transaction footprint. Also read: Festive Season Demand: Ecommerce logistics players gear up for heavy load
Though interest rates have been on the rise in recent quarters, dampening the demand for loans to some extent, but it is unlikely to alter the momentum.
Demand for home loans has grown steadily through the year as residential home sales have seen increased demand on account of low home loan rates as well as lower inventory across large cities.Also read: Festive Season Demand: Cheer missing in rural markets
In the year-ended July 2022, home loans were up 16.2 percent to Rs17.69 lakh crore. This compares to a 10.7 percent growth in the previous year ended July 2021. In the unsecured personal loans segment, loans grew by 13.2 percent to Rs 9.34 lakh crore, in the year ended July 2022, according to RBI data.
“Demand shall start picking up in the beginning of the festival season, while the usual deliveries/possessions shall start happening in latter half of October,” says Rahul Mehrotra, managing director and CEO of Religare Housing.
But he cautions that rising interest rates could act as a dampener. “The rise in home loan ROIs has had a dampening effect on the mood of homebuyers, but not enough to considerably reduce the sales momentum,” he tells Forbes India. “There has been an overall increase of around 1.4 percent in repo rate translating into around 1.2-1.5 percent increase in ROI across various lenders.”Also read: Festive season demand for home appliances, white goods subdued in H1 2022; likely to pick up in H2
Motilal Oswal research analysts, in an August 29, report estimate that while the demand environment will need to be monitored due to the challenging macro-environment, “systemic credit growth to growth by around 12 percent in FY23 and 13.5 percent in FY24”.