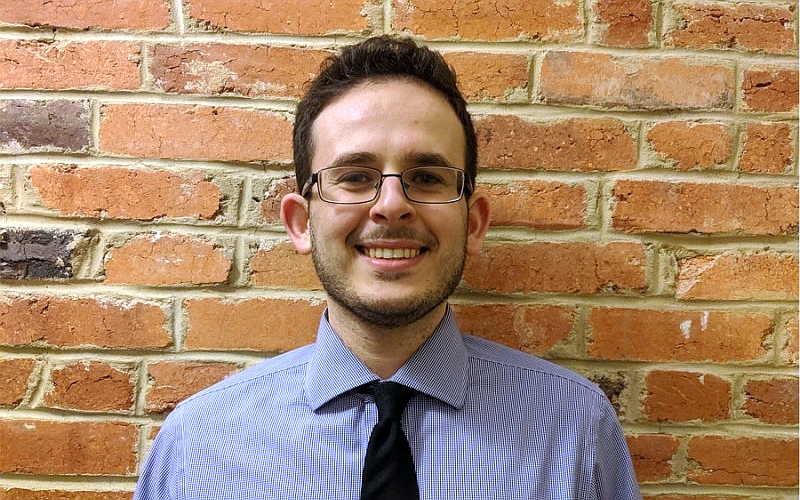 A Democrat who sits on the House Financial Services Committee hired the brother of the head of the bankrupt cryptocurrency company FTX, potentially raising ethical questions.

Casten, then a freshman congressman, was named that same month to the House Financial Services Committee, which oversees regulation of cryptocurrency and hedge funds, among other matters.

Gabe Bankman-Fried remained employed for two years on the House staff, according to his LinkedIn profile. The website Legistorm, which tracks members of Congress and their staffers, says he worked for Casten.

Gabe Bankman-Fried is now director of Guarding Against Pandemics, an organization created by his brother Sam in 2020 to lobby Congress to support $30 billion in pandemic prevention included in the Biden administration-backed infrastructure legislation. The organization planned to spend $128,000 on TV and digital ads in the Washington metropolitan area.

One year ago today, the historic Bipartisan Infrastructure Law was signed into law, driving economic growth, creating thousands of good-paying jobs, and fortifying our roads and bridges. Here’s what funding has come to Illinois in the past year 🧵:

The Daily Signal contacted Guarding Against Pandemics seeking comment from Gabe Bankman-Fried about his employment with Casten, but he had not responded as of publication time.

FTX, founded in May 2019 by Samuel Bankman-Fried and Gary Wang, also didn’t respond to email inquiries from The Daily Signal.

Samuel Bankman-Fried and others also founded the hedge fund Alameda Research in 2017.

The House Financial Services Committee, which has included Casten since January 2019, oversees regulation and laws governing cryptocurrency companies such as FTX and hedge funds such as Alameda, a responsibility that raises ethical questions for Casten.

On Friday, Sam Bankman-Fried resigned as chief executive officer of FTX and the company filed for Chapter 11 bankruptcy protection in Delaware, Bloomberg and other outlets reported.

Sam Bankman-Fried, who donated about $38 million to Democrat candidates and liberal causes during the midterm cycle, reportedly lost $16 billion in a week. He made an individual contribution of $2,800 to Joe Biden’s 2020 presidential campaign.

Alameda, the hedge fund, did almost all of its trading on the FTX cryptocurrency exchange and reportedly was financed with client funds from FTX.

The Daily Signal and The Heritage Foundation’s Oversight Project asked Casten’s spokesperson, Jacob Vurpillat, whether the congressman met with or received donations from FTX or any other cryptocurrency company. (The Daily Signal is Heritage’s multimedia news organization.)

Casten’s spokesman didn’t respond to email or phone inquiries Monday, Nov. 14, by publication time. We also reached out Tuesday, Nov. 15, to Casten through a Twitter direct message, but did not get a response.

We made inquiries by email asking whether ethical limitations regarding interactions with cryptocurrency companies were placed on Casten or Gabe Bankman-Fried, who was employed by Casten as a legislative correspondent from January 2019 through February 2021.

Typically in government, when an apparent conflict of interest arises involving a relative with whom a government employee has a close relationship, that employee or government office would seek counsel from a lawyer regarding ethical issues.

What a coincidence, @SBF_FTX’s brother Gabe used to work for @RepCasten, who just so happens to be on the House Financial Services Committee… pic.twitter.com/AIyuJhtYxa

We also asked Casten’s spokesperson whether the congressman met with Treasury Department officials and discussed FTX or any other cryptocurrency companies.

The Daily Signal emailed the House Financial Services Committee to ask whether Chairwoman Maxine Waters (D-Calif.) was aware of Gabe Bankman-Fried’s employment with Casten and his brother’s position leading FTX.

If Waters was aware of that employment, we asked, were any limitations placed on Casten, his office, or Gabe Bankman-Fried? We also asked whether committee staff met with representatives of FTX, Alameda Research, or any other cryptocurrency companies from January 2019 until now.

In a public statement Thursday, Nov. 10, Waters said the Financial Services Committee has investigated cryptocurrency for four years. The California Democrat said she has worked with ranking member Rep. Patrick McHenry (R-N.C.) to establish a “federal framework for stable coins.”

Waters’ statement didn’t address the employment of the brother of FTX’s chief executive officer by Casten, a committee member.

“Now more than ever,” she said, “it is clear that there are major consequences when cryptocurrency entities operate without robust federal oversight and protections for customers.”

Fred Lucas and Ken McIntyre contributed to this report.

Reprinted by permission from The Daily Signal, a publication of The Heritage Foundation.

Views expressed in this article are the opinions of the author and do not necessarily reflect the views of The Epoch Times.

Roman Jankowski is an investigative columnist for The Daily Signal and a senior investigative counsel for the Oversight Project at The Heritage Foundation, where his focus is exposing what’s wrong with the Biden administration’s progressive policies. He has over 13 years of experience with the Freedom of Information Act, both in the private sector and with five federal agencies.