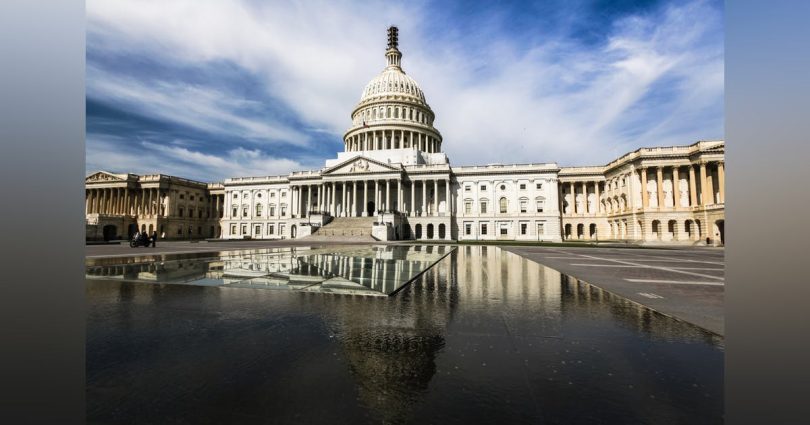 Sens. Joe Manchin (D-W.Va.) and Chuck Schumer (D-N.Y.), working with several other Democrats, reached a deal July 27 on a “budget reconciliation bill” with far-ranging provisions for oil and gas companies that will be expensive but also are intended to keep development opportunities available on federal lands.

If the bill becomes law, its taxes and its higher royalties and fees on federal lands will not be welcomed by companies, but it will renew oil and gas leasing in the federal offshore, starting this year.

A budget reconciliation bill cannot be filibustered under Senate rules, which means the deal can get through the chamber if all 50 Democrats vote for it and Vice-President Kamala Harris is ready to break a tie should every Republican oppose it.

President Biden has said he will support the bill, and Democratic members of Congress have been welcoming it, though as of July 28 most of them still had not read all of the text.

“It’s important that we see all the details before we declare victory,” said Rep. Raul Grijalva (D-Ariz.).

The 725-page bill was retitled the Inflation Reduction Act of 2022 in recognition of Manchin’s concerns and high spending and inflation. It would commit to $369 billion in spending for a variety of energy and climate provisions, especially to extend subsidies for wind and solar energy and electric vehicles, but also for such measures as methane monitoring. It would devote $300 billion to federal debt reduction.

It would raise $739 billion from various tax provisions, including a minimum tax of 15% for the largest corporations—“billion-dollar companies or larger,” Manchin said. It would increase Superfund taxes on crude oil and oil products, and would raise federal oil and gas royalties, rents, and minimum bids.

The bill was sent to the Senate parliamentarian for review. Schumer said he anticipates the Senate voting on it in the first week of August.

The bill would raise the minimum royalties for federal offshore oil and gas to 16.67% from the current 12.5%, and for 10 years would include a maximum of 18.75%, after which the cap would expire.

The bill would revise the Mineral Leasing Act for onshore federal royalties to raise the minimum rate to 16.67% from its current 12.5%. It would eliminate noncompetitive leasing. It would require a minimum bid of $10/acre rather than the current $2. Annual rentals, currently $1.50/acre, would rise to $3 for 2 years, then $5 for 6 years, then $15 thereafter.

It would add a new $5/acre fee to cover the cost to the Interior Department of responding to oil and gas companies’ expressions of interest in tracts for exploration.

It would require royalties on all extracted natural gas, including gas vented, flared, or leaked, with exceptions for safety.

The bill would deal with the unfinished business of the last 5-year offshore leasing program.

Lease Sale 257 was held in Nov. 17, but its leases were never awarded because a federal judge invalidated the sale. The bill would reinstate the sale and require Interior Secretary Deb Haaland to accept the highest valid bid for each tract.

The 60 million acres would amount to a majority of the acreage in the Gulf of Mexico central and western lease planning areas.

The budget reconciliation process requires that all provisions be directly related to federal spending or revenues. Manchin has been concerned about the pitfalls in infrastructure permitting, notably for gas pipelines, but permitting problems are not budgetary in nature. He settled for assurances of action in the near future.

In his announcement of the budget deal, Manchin said Biden, Schumer, and House Speaker Nancy Pelosi “have committed to advancing a suite of commonsense permitting reforms this fall that will assure all energy infrastructure, from transmission to pipelines and export facilities, can be efficiently and responsibly built.” He spoke of it in the context energy security.

“Let me make it clear, I will not vote to support policies that make the United State more dependent on foreign energy and supply chains or risk moving the country closer to the unstable and vulnerable European model of energy we are witnessing today,” Manchin said.

“It is critical we reform the broken permitting process,” he said.

Grijalva expressed his concern July 28 that changes to permitting might weaken protections for the environment and public health. It was a warning that the leaders’ commitment may run into resistance in the fall.