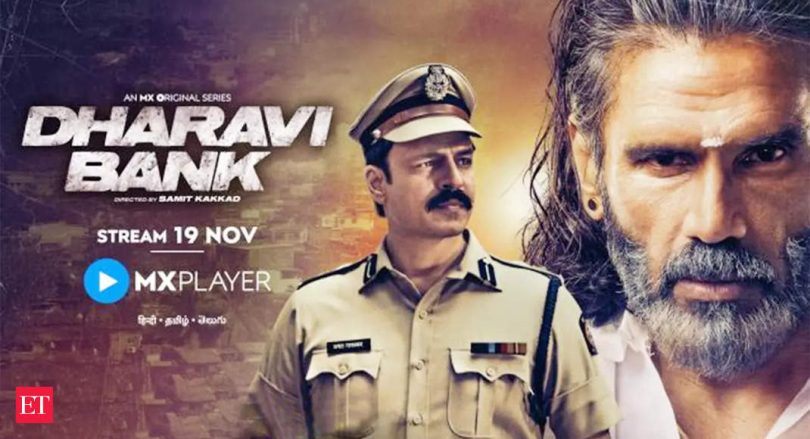 ‘Dharavi Bank’, the crime thriller on MX Player, has entered the exclusive club of 9+ ratings on IMDB with a 9.3 score. It’s a complicated story about a cop attempting to depose a powerful gangster who acts as Mumbai’s de facto government. The show was launched with a high-decibel 5-week marketing campaign in which the platform reached 1 in every 3 digitally active people in India – with a cumulative reach of 200 million across YouTube, Facebook, Digital Impact and DOOH.

On the launch of this web series, Nikhil Gandhi, group COO, MX Media, said, “Dharavi Bank is one of our most anticipated flagship properties and going by the response to the trailer, it’s going to break many records. MX Player enjoys massive reach and the show is going to be available in India and across the globe to entertain our 300 million+ active users. Our advertiser response has also been overwhelming and we believe the show is going to have a lasting impact.” Suniel Shetty makes his digital debut in Dharavi Bank as the ruthless Thalaivan, who is hunted by JCP Jayant Gavaskar, portrayed by Vivek Anand Oberoi. – Our Bureau