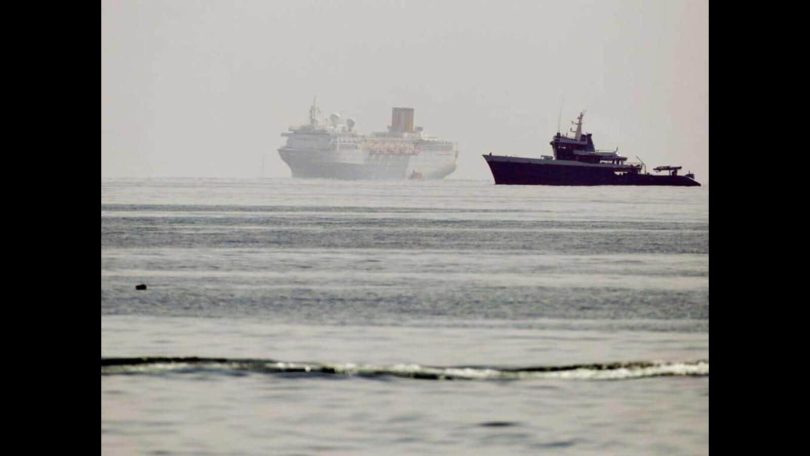 Mumbai: The Dighi Port, situated in Ratnagiri’s Murud and Shreevardhan talukas, has submitted a proposal to the Union Environment Ministry seeking to reclaim an additional 304 hectares of land from the adjoining Arabian Sea and Rajapuri Creek to expand its premises and operations. This is in addition to the port’s ongoing development on reclaimed land, which stands at 141 hectares. For comparison, the BMC’s Coastal Road project in Mumbai involves the reclamation of 110 hectares of land from the Arabian Sea.

The new reclamation will be carried out using 114 million cubic metres of sand dredged from near the mouth of the Rajapuri Creek, to increase the capacity of an existing navigation channel for ships. The reclamation will result in the port occupying a total of 584.50 hectares of land, comprising 141 hectares which have already been reclaimed from the sea, new reclamation to the tune of 304 ha, and 139.50 hectares of land available with DPL that has not been developed, and is proposed to be utilised for expansion.

Dighi Port Ltd. (DPL) was acquired by Adani Ports and SEZ in February 2021 from the Balaji Group, which had been granted a 50-year concession by the Maharashtra Maritime Board (MMB) to operate and develop the port. The concessionaire sold a 100% stake in DPL to APSEZ in a distress sale, after facing mounting debts, for ₹705 crore under the Insolvency and Bankruptcy Code, 2016.

APSEZ at the time announced plans to invest over ₹10,000 crore for developing the port into a multi-cargo hub, and for developing allied rail and road infrastructure.

Locals say that such widespread expansion will adversely impact customary livelihoods in at least six villages, including Mithagarh, Vihour, Agardanda, Eakdara, Murud and Rajapuri, where a considerable number of residents are involved in fishing and allied activities. There is also a rich presence of mangroves in the vicinity of Dighi, Agardanda, Nandale and inside the Rajapuri Creek itself.

The union environment ministry (MoEFCC) considered the project in a meeting on May 25 (the minutes were made public earlier this week) but has for now deferred providing terms of reference (ToR) to the project on technical grounds.

As per the ToR proposal, a copy of which has been reviewed by Hindustan Times, the DPL has also sought to increase the port’s operating capacity to a total of 140 million metric tonnes per annum, up from the currently sanctioned capacity of 23.65 MMTPA.

“This will contribute significantly to the Centre’s Sagarmala program, which aims to increase cargo traffic at Indian ports to 2,500 MMTPA, up from around 1,500 MMTPA currently,” said a port employee, seeking anonymity.

While DPL currently operates five berths with a length of 325 metres each, it hopes to create a sizeable increase in berth area, with 6,175 new meters proposed to be developed into “multi-purpose berths”.

Despite requests, HT did not receive a response from the Adani Group’s corporate communications team for this story. Hindustan Times was also unable to contact Ryan Fernandez, COO, Dighi Port.