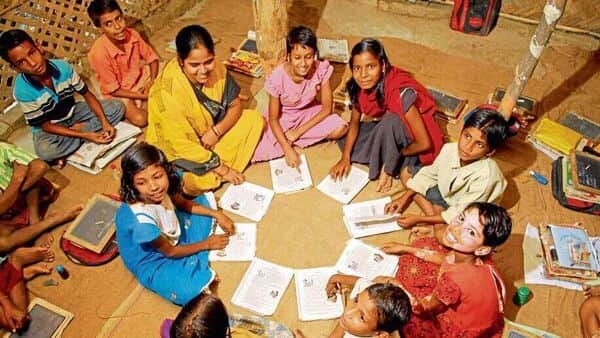 Updating Ajit Ghosh’s earlier estimates of employment and unemployment (Employment in India, Oxford University Press, 2019), Ashoka Mody has estimated that India will need to create about 200 million jobs in the next decade to fully absorb the backlog of unemployment (and underemployment), i.e., about an additional 20 million jobs per year. But there has been little growth of employment in recent years (Ghosh’s estimates show that employment actually declined between 2012 and 2018). Hence, the idea of absorbing the massive unemployment backlog in a decade or even two in any ‘business as usual’ scenario appears to be a pipe dream. This awesome crisis of unemployment lies at the core of Mody’s grim narrative in his just-published book, India is Broken (Juggernaut Books, 2023).

The slow growth of employment, the very low employment intensity of GDP growth and the astonishingly low labour force participation rate, especially among women, make India an exceptional case in Asia, if not the entire developing world. What accounts for this? In a 2017 paper, I had argued that the employment challenge in India is a man-made problem attributable to two types of policy distortions, i.e., industrial regulation and education policy (Sudipto Mundle, ‘Employment, Education and the State’, Indian Journal of Labour Economics, 2017, Vol. 60. No.1). In this column, I discuss only education policy.

Only a small fraction of the Indian workforce has the educational foundation required for highly skilled, high-productivity jobs. The education levels of most Indian workers enable them to acquire only low skills suitable for low-productivity jobs. Barely 5% of the workforce have any skill training and only 2% have any formal skill certificate as compared to over 70% in advanced European countries like the UK or Germany and as much as 80% in East Asian countries like Japan or South Korea. To address this deficit, the government launched an ambitious skill development programme, but, not surprisingly, the results have been disappointing. Skill development cannot succeed without an underlying foundation of sound basic education. But India’s long-standing neglect of primary and secondary education has limited the access to quality basic education.

This elitist bias comes through not in the lofty goals of various policy statements, but in the actual funding and implementation of policies and their outcomes. The share of public expenditure on education in India, around 14%, is about the same as the Asian-country average. But its allocation has a sharp bias. The per student expenditure on tertiary education is about the same as on primary education in Thailand and Korea, about double the primary per-student outlay in Indonesia, and close to four times in Malaysia. In India, it is over nine times! Universal primary education (>90% net primary enrolment) was only achieved in India during the past decade, about 100 years after the original demand for free, compulsory primary education in the Gokhale Bill of 1913 and 70 years after Indian independence. Most countries in East and Southeast Asia had already achieved this goal over 50 years ago.

Though this goal has finally been achieved, largely thanks to the Right to Education Act of 2009, the Annual State of Education (Rural) reports (ASER) show that learning outcomes remain abysmal. Thus, in 2018, before the pandemic, nearly half the children in grade 5 could not read a simple grade-2 text and over 72% of them could not do a simple division. As was expected, with children away from school for two years on account of covid, there has been a decline in learning outcomes. But the dip is mercifully quite moderate. The latest ASER report just released on 18 January shows that now 57% of grade 5 students cannot read a simple grade-2 text and 74% of them cannot do a simple division. Indian students have also performed very poorly in international learning proficiency tests like PISA and TIMMs on the few occasions they have participated in these tests, ranking near the bottom. But students from other Asian countries like Singapore, South Korea, Japan and even China routinely rank at the top in these tests.

Clearly, India still has a long way to go in catching up with its best-performing Asian neighbours. This requires disruptive change. Many of the required changes are embodied in the National Education Policy (NEP) 2020. It emphasizes universal foundational literacy and numeracy, which entails a radical shift in goal-setting from inputs and spending to learning outcomes; pre-school education; enhancing teacher capabilities and linking teacher rewards to performance and the size and management systems of schools. Since the pandemic struck soon after the policy was launched, its impact is yet to be seen, but the changes it envisages could well be a turning point.

Education being primarily a state subject, much will depend on how the NEP is implemented by state governments. Unlike welfare schemes and other popular issues with immediate poll pay-offs, education programmes take time to show results and have not been a high priority for political leaders with short time horizons. However, some states have begun showcasing their performance on education and other public goods, and voters have been rewarding them. If this catches on and political parties start competing on the basis of service-delivery performance, not just welfare schemes and other popular issues, that will be a great boon for citizens.

Sudipto Mundle is chairman, Centre for Development Studies.These are the author’s personal views.