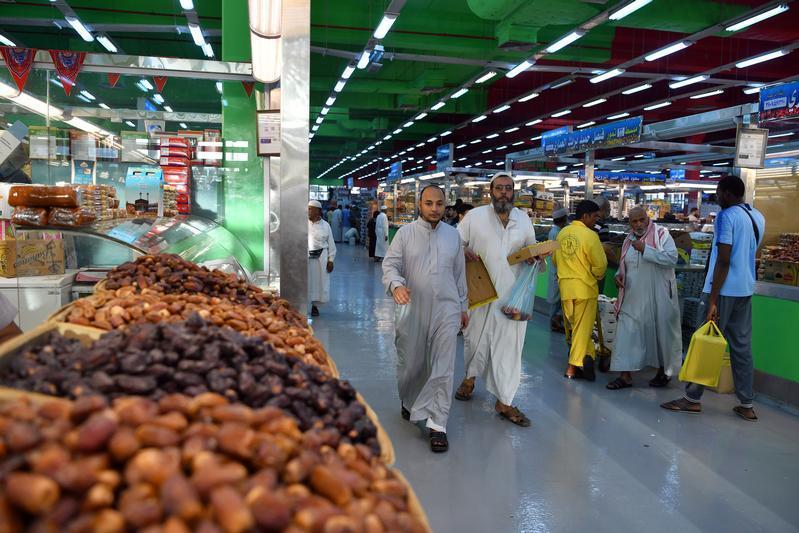 Saudi Arabia’s retail sector witnessed an increase in retail space and saw a strong recovery in domestic demand in the first six months of the year following the relaxation of Covid-19 restrictions.

The Dammam Metropolitan Area (DMA) was the only market with no notable completions recorded in the first half of 2022, leaving its retail stock unchanged at 1.2 million sq m.

“For the first time in two years after the easing of restrictions relating to the Covid-19 pandemic, KSA is allowing over one million pilgrims to perform Hajj this month. Not only is this expected to provide a boost to Makkah’s retail sector, but it should also help the kingdom to meet its target of tripling foreign visitors to 12 million this year. Overall, the higher number of visitors will likely have positive implications for Saudi Arabia’s retail market,” said Khawar Khan, Head of Research, Mena and Turkey at JLL.

“These factors are also, of course, positively impacting the hospitality market in the holy city, as well as that of Riyadh and Jeddah where hotel occupancy rates were up in the first half of this year.”

The latest data from the Saudi Arabian Monetary Authority for the months of April and May 2022 showed that the value of point-of-sale transactions jumped by 16% year-on-year to a total of SAR 91.8 billion across the kingdom as a whole. Furthermore, the Purchasing Managers’ Index (PMI) reading of 57.0 in June was higher than May (55.7), remaining in expansionary territory for the twenty-second successive month. This indicates healthy growth in private non-oil activity for the year till date.

Despite a quarter-on-quarter fall in the capital’s vacancy rate, the figure remained in double digits in Q2. The excess availability of retail space in Riyadh resulted in a decline in rents. On a more positive note, rents in Jeddah rose by 3% on average across both regional and super-regional malls. The performance of retail centers in DMA and Makkah was broadly stable in the first six months of this year.

Landlords are also implementing various strategies to attract and retain tenants including the incorporation of F&B and entertainment facilities within retail centers to drive footfall. Currently, developments with similar positioning are outperforming the market in terms of both occupancy and footfall.

The easing of Covid-19 restrictions and changes to visa rules has largely been responsible for the sharp increase in the number of pilgrims visiting the kingdom to perform Umrah, especially during the month of Ramadan. This led to Makkah’s hospitality sector witnessing strong performance in the first five months of this year with the holy city’s occupancy rate increasing almost three-fold (from 21% in the first five months of 2021 to 60% in the same period of 2022) and the average daily rate (ADR) increasing by single-digit to $172. As a result, revenue per available room (RevPAR) jumped to $103 for January-May 2022 – the highest level since 2019.

The Riyadh Seasons entertainment festival and Jeddah Season festival has helped drive the hospitality sector this year. The capital welcomed more than 15 million visitors over the five-month event, resulting in the city’s occupancy rate jumping to 62% between January and May 2022 (from 46% in the corresponding period of 2021) and ADR surging by 23% to $179.

Improvements on both fronts pushed up RevPAR to $111. Jeddah welcomed over five million visitors over the two-month period of the festival, which boosted the occupancy rate from 42% in the first five months of 2021 to 49% in the same period of 2022 and ADR increased by 5% to reach $200.

In the residential market, Riyadh accounted for the largest share of new residential units delivered with the completion of 16,000 units, bringing the capital’s residential stock to 1.4 million in Q2 2022. Across Jeddah, Makkah and DMA, the number of units delivered totaled 9,000 in the first half of the year.

In Riyadh, residential transactions have been trending down in recent months. However, rents have been increasing, helped by the capital’s buoyant labor market. In Jeddah, the ongoing redevelopment of the city and resultant growth in housing demand was broadly responsible for prices and rents rising in annual terms – by 3% and 7%, respectively, in Q2.

In the capital, underlying demand for residential properties remains strong and is expected to continue to strengthen over the longer term as the government pushes forward with its ambitious target to make the city one of the 10 largest in the world by 2030. Recently, locations in close proximity to commercial areas have been experiencing strong growth in demand as Riyadh continues to attract global talent.

From an office market perspective, Riyadh continued to attract government and related entities, as well as global and local firms expanding their footprints or relocating to the kingdom’s business hub.

In the first half of 2022, Jeddah delivered the largest quantum of office space with the completion of 16,000 sq m, bringing its total office stock to around 1.2 million sq m over the same period, approximately 14,000 sq m of floorspace was added to Riyadh’s total supply and 1,400 sq m to Makkah’s stock. In terms of upcoming supply in the second half of the year, approximately 391,000 sq m of office GLA is planned to be delivered in total across Riyadh, Jeddah, Makkah and DMA.-