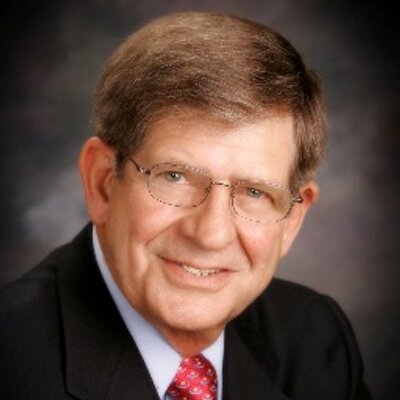 Our guest is Don Briggs, founder of the Louisiana Oil and Gas Association, who shares his incredible career journey in the oil and gas business.

A native of Miami, Florida, Don was an active young man who played football for Miami High School at their home field, the Orange Bowl! From his youngest years, he had a strong work ethic and was employed delivering newspapers, working at Top Value, and helping his father repair fiberglass boats or as a journeyman moving heavy equipment. Don also modeled and was featured in a few national publications with his brother and sister. He attended the University of Florida on a football scholarship.

Love was the catalyst that prompted Don to move to Lafayette in 1961 when he married Georgia Speights. He transferred his college credits to USL and he and his wife welcomed two children, Brett and Tammy Dee. To make ends meet, he worked at Owen Drilling Company from 6:00 pm to midnight seven days a week, and worked his way up the ladder serving as safety director. After a few years, Don started Aztec Pipe and Supply where he sold refurbished pip reclaimed from old oil wells.

By 1978, Aztec was successful and was acquired by a publicly-traded company, Newpark Resources. The sale was highlighted in the Wall Street Journal and Don stayed on as President of Newpark Drilling Fluids. Don lived a flamboyant lifestyle during this heyday of the local oil and gas industry, flying around in a private jet, driving “my custom-made Excalibur Mercedes with a gold dashboard,” and serving as King of the Krewe of Troubadours. Don also recalled spending “a lot of unnecessary time at La Fonda, and of the hundreds of faces painted on the walls, mine was the first one.” He enjoyed skiing and bought homes in Beaver Creek, Colorado and Duck Key in Florida.

In 1986, the oil and gas industry crashed and the price of oil and gas nosedived. Don had invested heavily in local commercial real estate and the buildings were soon empty. People moved out in droves looking for work. Laid off from Newpark Resources and unable to keep everything afloat financially, Don was forced to declare bankruptcy along with so many other of Lafayette’s entrepreneurs.

Surviving this tumultuous time, Don was able to see what was really important: his family. He also refocused his energies on bettering the oil and gas industry’s fortunes in Louisiana as he came to realize that “not all hurdles the industry faced were solely market-driven.” He garnered the support of oil and gas industry leaders and founded the Louisiana Independent Oil and Gas Association, now known as Louisiana Oil and Gas Association. Don served as President for over 25 years and was a highly effective spokesperson for the industry as he worked to fight tax increases and oppressive regulations, and tirelessly worked to educate the public and government officials about how important the oil and gas industry is to Louisiana. Don’s effective work to build and safeguard the oil and gas operations in the state of Louisiana can not be overstated and will never be forgotten.

On September 30, 2016, Don suffered a horrible accident at a vacation home in North Carolina, falling down stairs and fracturing his skull. He was airlifted to Asheville and underwent surgery to remove a part of his skull. Airlifted back to Lafayette, Don contracted E. coli pneumonia and there was little hope for survival. But Don did survive, fought through physical therapy to regain his speech and mobility, and eventually made it to TIRR Memorial Hermann Hospital in Houston, the acclaimed facility for traumatic brain injury patients.

The accident and its aftermath, however, left Don depressed and he felt hopeless. He faced another surgery to have a titanium plate implanted to close his skull and felt he was looking “death in the face.” But two friends, Patty Fournerat and Senator Ronnie Johns, encouraged him to have faith in God his Father. Senator Johns texted Don immediately prior to his surgery that he was about to even arranged a Mass at St. Peter’s in Rome on behalf of Don Briggs. Don recounted that “he was overwhelmed with such a peace that it’s hard to describe in words. I was suddenly fearless.”

Don recovered and soon dedicated his time to calling upon patients at Our Lady of Lourdes who were in rehabilitation, to tell his story, and to give them faith that they too could recover.

In 2017, Don was named “LAGCOE Looey” and received the Meritorious Service Award by the Professional Landmen’s Association of New Orleans. in 2018, he officially retired as President of LOGA.