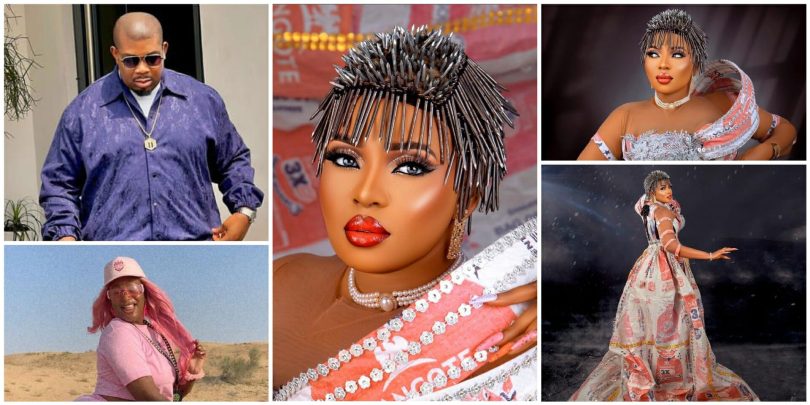 Reality star, Cindy Okafor got tongues wagging over her weird fashion stunt as she turned a new age on Friday, 13th January 2023.

The ex-Big Brother Naija housemate who recently clocked 27 used cement bags to design her dress and nails for her hair.

The outfit which left most netizens in awe appeared good-looking with people commenting on the creativity.

Check out some photos below:

Reacting, Don Jazzy reposted a video from Cindy’s page that captured some moments of how the dress was made and the photoshoot session.

Billionaire’s daughter, DJ Cuppy alongside other cybernauts also left comments on the post.

Check out some reactions below: