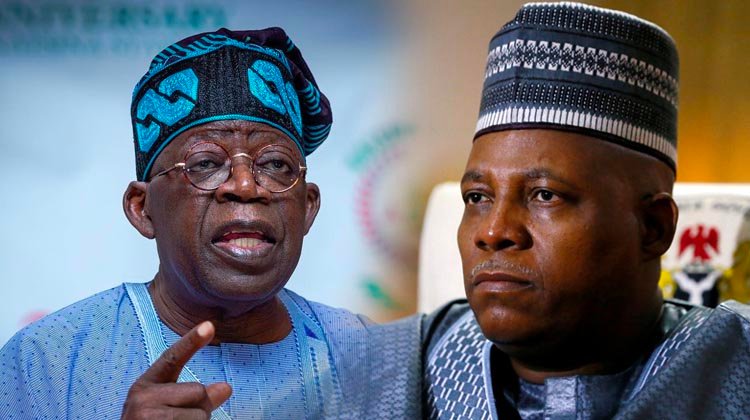 The Chairman of the Adamawa State chapter of the All Progressive Congress, Alhaji Ibrahim Bilal, has called on southerners not to be misled into scuttling power rotation to the south by those intent on ensuring the retention of power in the north under the guise of rejecting the party’s same faith presidential ticket.

Bilal said it was in the interest of the south to support Bola Tinubu’s presidency, after eight year of northern rule.

The Adamawa state-born chieftain of the APC made the call while addressing a select group of journalists on Friday.

He said it was his own considered opinion that southerners should not be misled to miss the shot at the presidency by the party’s presidential candidate, Bola Tinubu’s decision to settle for Kashim Shettima, a Muslim, as his running mate.

He buttressed his argument by rhetorically asking if what the south wanted is an all-powerful president or the vice- presidency, which in some instances has been derisively described as a “spare tyre”.

He said, “ The potency of the office of the vice-presidency largely depends on the disposition of the president, what many have jocularly referred to at in some forum as “a spare tyre”.

‘’Our call, therefore, at this junction, is on southerners not to allow themselves to be misled to scuttle the rotation of the Presidency after eight years of power in the north by antagonistic sentiments over Muslim-Muslim ticket, subduing the pragmatism of competence and capability. We can only say we question the motives of those behind the agitations to scuttle the presidential bid of the party’s flag-bearer, because their real objective may be to maintain the status quo.”

He, however, urged the party to do everything humanly possible to placate the Christian bloc within the APC, while expressing disappointment that attempts to sabotage Tinubu’s presidency was coming from influential politicians from the North-East.

He said, “It is our earnest desire that the party should do everything necessary to placate the Christian bloc within the APC to avert any rift going into next year’s presidential polls. We are concerned to say the least by the disposition of some influential stakeholders from the region to stoke division, and shatter the long cherished history of religious tolerance and harmony enjoyed in the North-East over the faith of Tinubu’s choice, Kashim Shettima, who’s a Muslim from the region.

‘’It is a troubling development because of our long standing history of religious harmony and accommodation in the region. We, therefore, as a party could not reconcile the opposition by the Christian leaders of APC extraction who met in Abuja, led by some influential politicians from the region, urging Christians in the country to reject the APC.

‘’It becomes even harder for us as a party to comprehend why Christians were being asked, on one hand, to reject the APC, whereas there are other Christians within the APC who are seeking elective offices under the same platform.”

Bilal said Tinubu as an individual has shown himself as humanist, immune to bigotry as exemplified by his family life, where members of his household have exercised their faith freely, including his wife and some of his children who are practising Christians.