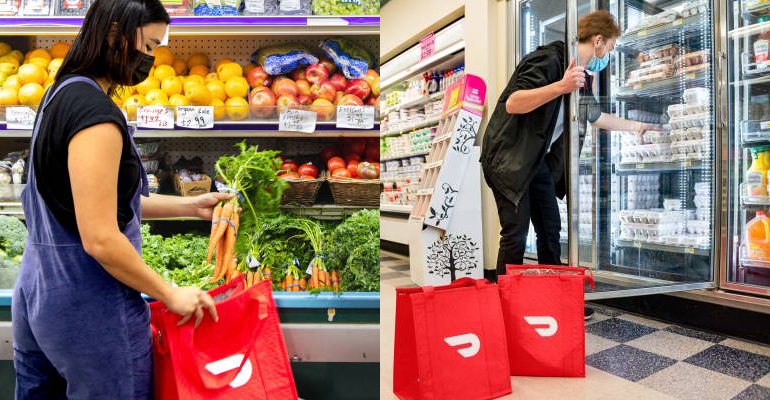 Though known mainly for restaurant delivery, DoorDash has steadily expanded its online delivery market share in grocery and other retail sectors.

Two of the newest retail partners come from grocery. DoorDash announced that, starting in October, consumers will be able to shop Sprouts Farmers Market stores on the DoorDash marketplace and have items ranging from fresh produce to organic and natural food and snacks delivered to their doorstep. Overall, the Phoenix-based specialty grocer operates 378 stores in 23 states.

DoorDash also reported that it’s set to kick off same-day grocery delivery via its online marketplace with Giant Eagle. No timetable was disclosed, but the rollout will begin with Giant Eagle stores in Columbus, Ohio. The Pittsburgh-based regional grocer has a retail network of more than 470 stores, including over 200 convenience stores, across western Pennsylvania, Ohio, northern West Virginia, Maryland and Indiana.

Earlier this month, DoorDash unveiled partnership with The Raley’s Companies, which operates the Western supermarket chains Raley’s and Bashas’. The service will provide on-demand grocery delivery from 213 stores in multiple markets across Northern California, Nevada and Arizona.

Other supermarket retailers offering DoorDash delivery for food and/or groceries include Albertsons Cos., Southeastern Grocers, Grocery Outlet, Schnuck Markets, Loblaw Cos., SpartanNash, Lowes Foods and Hy-Vee, among others. DoorDash also provides same-day delivery service in the food, drug, mass and convenience retail channel to Walgreens, Dollar General and Wawa as well as BJ’s Wholesale Club, which represented its first warehouse club partner. This month, Walmart is slated to formally ended its partnership with DoorDash, and the retail giant builds out its own delivery and fulfillment network. 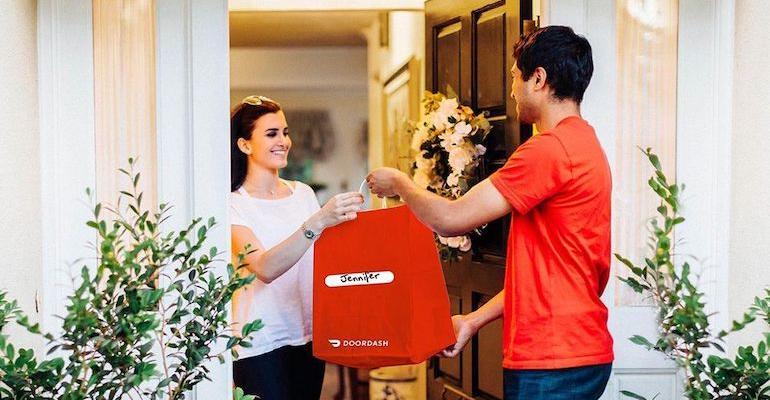 DoorDash reported that it currently has over 75,000 non-restaurant retail stores on its platform across North America.

Over the past year, customers who ordered from a grocery store on the platform increased by 130%, DoorDash reported. The company added that studies conducted across a number of its grocery and convenience retail partners show that DoorDash is 70% to 90% incremental to their existing customer bases.

“DoorDash’s mission is to be the one-stop shop for all local commerce needs for consumers, and that starts with bringing every business on Main Street online,” according to Shanna Prevé, vice president of business development at DoorDash. “Our goal is to level the playing field for retailers while helping consumers get the best of their neighborhood delivered to them instantly. DoorDash is hyper-focused on selection, and we’re excited about the significant progress we’ve made towards connecting every grocery, convenience and retail store to every local consumer.”

Another one of DoorDash’s newest partners is convenience/fuel retailer EG America. The companies yesterday announced on-demand delivery of convenience staples such as snacks, sandwiches, pizza and hot coffee from more than 800 Cumberland Farms, Fastrac, Sprint, Quik Stop, Loaf N’ Jug, Certified Oil and Minit Mart stores. Orders are placed through the DoorDash app or marketplace. Plans call for the service to expand to more than 1,300 EG locations by the end of October.

“Convenience is the driving principle behind all of our brands, and delivery strengthens our reputation for it,” George Fournier, president of Westborough, Mass.-based EG America, said in a statement. “DoorDash has been at the forefront of a nationwide shift towards convenient, on-demand home delivery for everything from groceries to snacks to full meals, and we’re excited to be a part of it. We are looking forward to our customers ordering their favorite food offerings and snacks for on-demand delivery through DoorDash.”