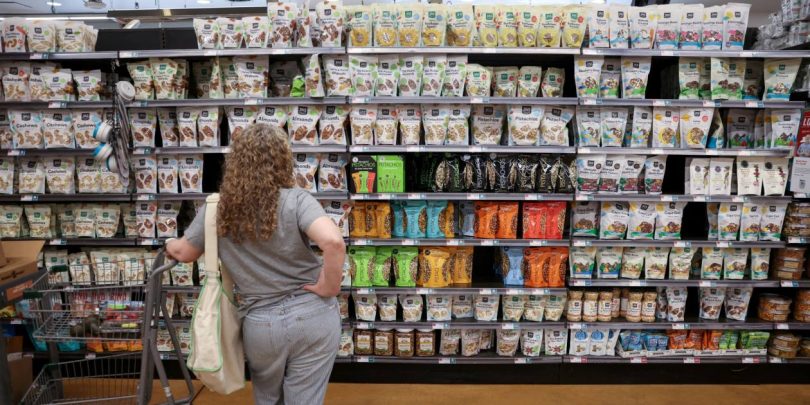 The Fed has raised borrowing costs faster this year than at any time since the 1980s, showing its determination to keep raising rates until there is a sustained drop in inflation, which has been running at 40-year highs and above the Fed’s target of 2%.

The Labor Department’s consumer price index report showed monthly CPI gained 0.1% in August from July, against expectation of a 0.1% dip. Excluding the volatile food and energy components, core CPI increased to 6.3% from 5.9% in July.

“Until we get inflation prints, not just one, but two, three, maybe four, moving downward steadily, that’s when we can call a trend and the Fed may feel some comfort in at least taking a pause,” said Mona Mahajan, senior investment strategist at Edward Jones.

All eyes are now on producer price index report due on Wednesday.

Megacap technology stocks Apple, Microsoft and Tesla dropped 4.1% each, while Alphabet, Amazon.com and Meta Platforms slid between 4.8% and 7.4%.

“Initially everybody was convinced that the Fed was going to try to hike to, say 3.5% or 4%, and we were really concerned about the journey to that destination. But now, it seems like the destination is now a little bit more in question,” said Brian Jacobsen, senior investment strategist, Allspring Global Investments.

“The big risk is that next week, the Fed tries to convince the markets that they’re not going to just try to go for 4% with the Fed funds rate, but that they could push it to something closer to four and a half percent.”

The gap between yields on the two- and 10-year notes, often seen as an indicator of a looming recession, inverted further. Rate-sensitive bank stocks dropped 2.8%.

The three major indexes had rallied in the last four sessions as investors took advantage of a sharp drop in stock prices since mid-August that was triggered by concerns over soaring inflation and the impact of tighter monetary policy to curb it.

The S&P index recorded one new 52-week high and one new low, while the Nasdaq recorded 19 new highs and 105 new lows.