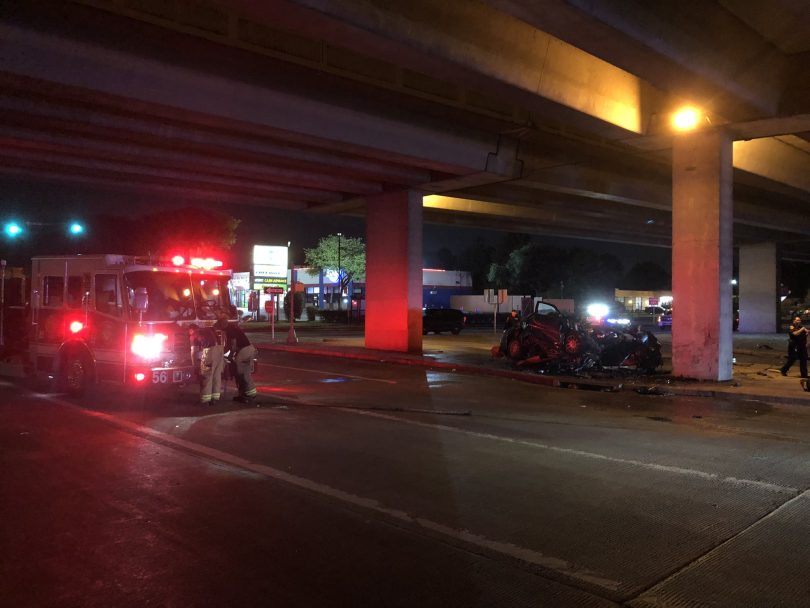 A man died after crashing into a cement pillar in north Houston early Saturday morning, according to police.

The man was driving at a high rate of speed northbound on Jensen Drive when he went through an intersection and crashed his vehicle into a cement pillar, Houston Police told On Scene Media. The car caught on fire.

When police arrived on scene at the 3900 block of Saunders Road shortly before 1 a.m., a police officer pulled the victim from the fire but the man was deceased, said Lt.R. Willkens in an interview with On Scene Media.

There were no other occupants in the vehicle and an investigation is ongoing. The victim’s identity was not released.