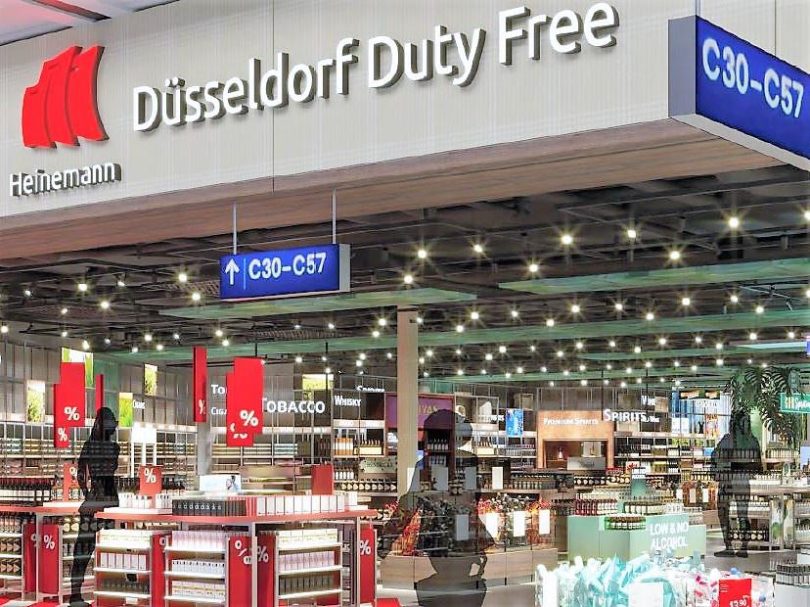 Hamburg-based travel retailer Gebr. Heinemann was rejoicing this week as it ousted Dufry by winning the tender to run the core retail business at Düsseldorf Airport, Germany’s fourth busiest air gateway after Frankfurt, Munich and Berlin.

Heinemann—with revenue of $2.2 billion (€2.1 billion) in 2021—will run a new ten-year concession to operate four duty-free and travel retail stores across all three terminals (A, B, C) from January 10, next year. The 43,000 square feet of space is currently operated by World Duty Free, a Dufry company, and will be stocked with familiar products ranging across liquor, tobacco, confectionery, beauty, fashion, accessories, watches and jewelry.

The victory is sweet. World Duty Free, acquired by Dufry in 2015, took the Düsseldorf concession away from Heinemann in January 2013 after 20 years at the airport. Getting it back was always going to be an objective for family-owned Heinemann which is, by far, the dominant player in the German travel retail market. Since 2013, Dufry has not made further headway in Germany and will be absent from next January.

“We are looking forward to renewing our partnership with Düsseldorf Airport and resuming retail operations there,” said Raoul Spanger, Heinemann’s chief operating officer in a statement. “I am certain this partnership will be very successful in terms of unique, future-oriented shopping concepts.”

In a revealing statement from the airport operator, Flughafen Düsseldorf, head of commercial Anja Dauser, said: “With Gebr. Heinemann, we are getting a partner that is as professional as it is likable, with a fantastic concept. We are looking forward to a constructive and cooperative partnership.”

The relationship with World Duty Free had been prickly at times. At one point, just before it was bought by the world’s biggest airport retailer, WDF described the Düsseldorf contract as “onerous” with the sales evolution at the location “significantly lower than expectations.”

Heinemann is looking at a very different picture. The company told Forbes.com: “Gebr. Heinemann participated in the tender because we are convinced that we can operate the site profitably. Together with the airport, we have developed an excellent retail concept, laying the foundation for a mutually profitable business.”

The collaboration between Heinemann and Düsseldorf Airport began in 1992 and now that the retailer is back after an absence of almost ten years, it feels it has enough bright ideas to make the return a success. According to Heinemann, two reasons it won the tender were its sustainability credentials and a local approach—and both will play their respective roles going forward.

The store design—which keeps the Düsseldorf Duty Free name that WDF had introduced—reflects local themes; sustainable use of materials; and flexibility. Each shop offers a range of regional products and has representations of Düsseldorf from art and youth/urban culture to the history of the old town and the city’s status as Germany’s fashion capital. In this way, every shop has an individual feel with selfie points based on local landmarks.

“We are particularly pleased that Heinemann has picked up on this concept in its product range and shop design. Passengers can fill up on the atmosphere of the state capital of North Rhine-Westphalia and carry it into the world. This is how the local connects with the global,” said Pia Klauck, head of commercial operations at Flughafen Düsseldorf.

Meanwhile, a more modular furnishing scheme offers flexibility when it comes to changes and adjustments. Brand promotions and seasonal campaigns can be put in place without the need for complicated modifications. This also means less waste and reduced materials requirement for shop fittings.

Heinemann, having streamlined its operations, is well positioned to add the Düsseldorf business into its German operations which accounted for about 12% of its annual revenue in 2019. It is also going to benefit from passenger growth post-pandemic. Düsseldorf airport processed just under eight million passengers last year, up 21% year-on-year but it will be eager to get back to its pre-Covid 2019 traffic of 25.5 million passengers when it was Germany third busiest airport ahead of Berlin.