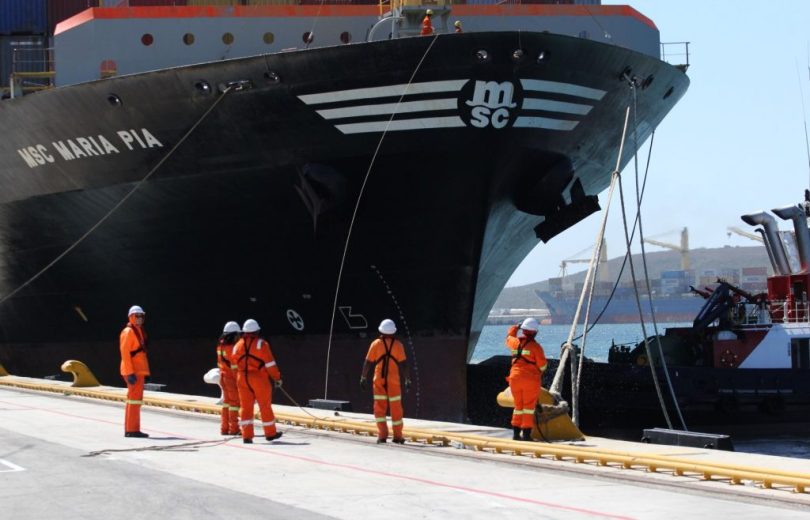 The investment over a seven-year period comprises a budget allocation of R4.8 billion for the ports in Port Elizabeth and Ngqura in Nelson Mandela Bay, and R4.3 billion for the East London port. It was announced by TNPA during recent stakeholder engagement sessions held in the two cities.

Nelson Mandela Bay Business Chamber CEO Denise van Huyssteen said on Wednesday the metro has a strong base of manufacturers, particularly in the automotive and agricultural sectors, who export products to various markets around the world.

Two-ports advantage should be maximised

Van Huyssteen said the metro has a distinct advantage in that it has two ports, which should serve as a catalyst to enable Nelson Mandela Bay to retain and attract investment.

However, she said the ports are not optimally utilised and operational efficiencies are well below international standards.

In addition, shipping lines have more recently been skipping Nelson Mandela Bay’s ports due to a combination of global supply chain challenges and delays at other ports in South Africa, she added.

Van Huyssteen said this in turn results in manufacturers having to transport their goods to Durban or Cape Town for onward export, which further increases the cost of getting products to their markets.

“Key to improving efficiencies at the ports is to address issues such as skills shortages, ensuring equipment is sufficient and operational, increasing the capacity of the berths and having measurable improvement plans in place.

“While we are encouraged by TNPA’s announcement that it will spend R4.8 billion on our ports as part of a seven-year capital investment plan, we do believe that this in tandem with public-private partnerships, such as the appointment of viable commercial operators at the ports, would go a long way in improving the competitiveness of the ports.”

Van Huyssteen added that the critical importance of rail must be emphasised because if this works well, it has positive ramifications on the overall efficiencies in terms of getting products to the markets.

“It is thus vital that rail gets the appropriate focus, as the North-to-South corridor needs to be fully operational to ensure the smooth flow of goods to the ports and to reduce congestion and damage to the roads.

“There is currently no scheduled service between Sasolburg and Sishen, which causes delays in the transportation of goods,” she said.

Automotive Industry Development Centre Eastern Cape CEO Thabo Shenxane said the centre, together with other stakeholders in the Eastern Cape, has been lobbying for infrastructural investment and operational efficiencies at ports to foster growth in the region’s automotive sector and “applauded the focus, energy and resources to accelerate automotive growth and industrialisation”.

“Automotive growth and exports, which involves an extended manufacturing value chain, is core to transformation, localisation and job creation in the Eastern Cape, one of the country’s most economically impoverished provinces,” he said.

TNPA managing executive for the Central Region Siyabulela Mhlaluka said they have earmarked the Port of Port Elizabeth for the automotive sector, with the Port of Ngqura being positioned as a transshipment and energy hub for the southern hemisphere.

Shenxane said the development of the East London port will finally encourage Mercedes-Benz to cater for growth of its exports and its regional supply cluster.

He said this growth remains critical to the region’s attainment of the SA Automotive Masterplan 2035 targets, including those of transformation and job creation, set by both government and industry.

The objectives of the masterplan:

The 2022 Automotive Export Manual publication released by the Automotive Industry Export Council earlier this year revealed that vehicle and automotive component exports increased by 18.1% to a record R207.5 billion in 2021 to comprise 12.5% of total South African exports.

The manual said the automotive industry is the backbone of the economy of the Eastern Cape, with passenger car and light commercial vehicle exports by Volkswagen Group SA, Mercedes-Benz SA and Isuzu Motors SA accounting for 41.2% of the total 297 441 light vehicle exports by original equipment manufacturers (OEMs) in South Africa in 2021.

The Eastern Cape is the second largest citrus producing-province but its growth is hamstrung by congested and under-equipped ports, rising freight costs, and a shortage of both shipping containers and cold storage facilities.

Despite these infrastructure impediments, the Citrus Growers’ Association (CGA) revealed last year that the value of citrus exports has grown by more than 40% in the past decade.

The CGA said in April that citrus exports are expected to grow 4% across all categories this year, after earning R30 billion in export revenue and sustaining 120 000 jobs in 2021.

Agriculture, Land Reform and Rural Development Minister Thoko Didiza told the National Assembly during her department’s budget vote in May that her department has signed a landmark Agriculture Agro-processing Masterplan with social partners.

She told an Eastern Cape Agriculture Indaba last year that the master plan prioritises the Eastern Cape for production and job creation.

This is to be achieved through various initiatives, including operational efficiency improvements at the East London harbour and increasing the procurement of locally-produced produce by supermarket chains.