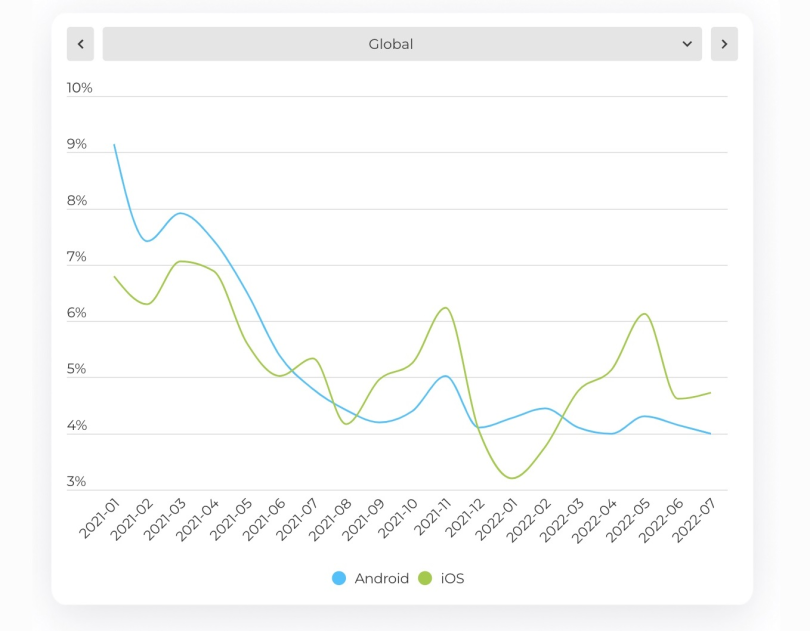 Ecommerce apps have been abounding in the world of tech because of the fact that this is the sort of thing that could potentially end up leveraging an increasingly engaged consumer base and driving sales based on the data they provide. In spite of the fact that this is the case, it seems that ad spends from major ecommerce apps has been on the decline this year, with many noting an over 50% drop in the total amount spent on this area.

With all of that having been said and now out of the way, it is important to note that rising iOS media costs have been playing a major role in this decline. Cost per install for iOS apps increased by a startling 60% to $4.2, and Android cost per install decreased by 15% in the same period, as per AppsFlyer data. However, the decrease in ad spends on iOS was around 53%, and on Android it fell by an even greater 55%. That suggests that higher costs are not the only drivers of this trend.

Falling installs on both Android and Apple could be a bigger culprit. Android also performs worse than Apple in terms of 30 day retention. Android apps saw a 13% decline in this metric, whereas iOS apps saw their 30 day user retention figures decreasing by just 5%.

Also, despite this massive decrease, app marketers working in the field of ecommerce are still planning to spend upwards of $6 billion on user acquisition throughout 2022. One thing that marketers might be trying to do is make a tighter budget provide more growth with all things having been considered and taken into account. Conversions in owned media increased by a whopping 360%, so this may be an example of marketers trying to trim the fat and make their budgets less bloated than might have been the case otherwise.

This has major implications for the future of ecommerce, and it could result in a lot of the little fish falling by the wayside as bigger fish scoop up the market. The shifting landscape is likely going to continue changing due to these trends. Read next: During the Holiday season, Price of items is the biggest factor for most people