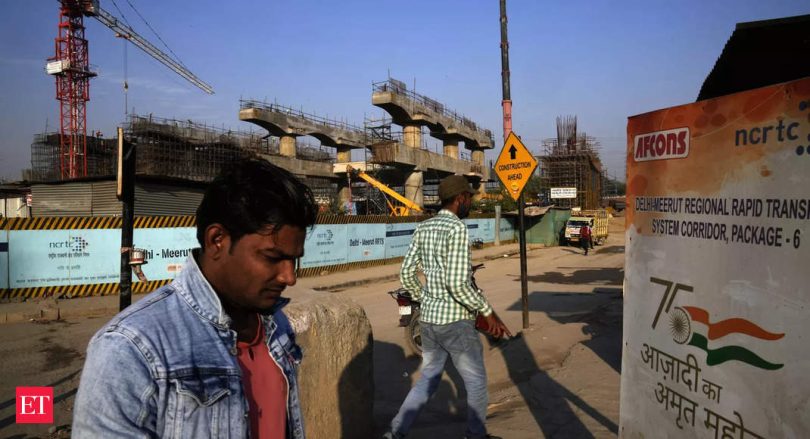 India’s economy likely grew 6.2-7.2% in the September quarter from a year earlier, according to a survey of economists, lifted by a pick-up in services and government capital spending as well as high pre-festive season production.

The median of the 10 economists’ forecasts for the quarter was 6.45%. Gross domestic product (GDP) grew 13.5% in the first quarter of FY23, boosted by the low base a year ago. The waning base effect – 8.4% growth in the second quarter of FY22 – would have pushed down the July-September number this year. The official national income data for the second quarter will be released on November 30.

DBS has estimated 6.5% growth in the September quarter.

“If this is realised, India is on course for a growth rate of about 7% in 2022-23,” the central bank said in its latest monthly economic review released last week.

India Ratings sees 7.2% growth in the quarter, the highest in the ET survey.

“Some amount of production and inventory build-up happened but that was confined to consumer durables mostly. It is the capex push by the government that is intact, along with normalcy in services due to Covid waning,” said Sunil Kumar Sinha, principal economist, India Ratings.

Barclays said that resilient domestic backdrop and pent-up demand continued to prop up India’s growth, especially in the tertiary sector, even as external headwinds rose through the quarter.

“The growth in the second quarter is expected to be supported by a rebound in the services sector led by the segment related to trade, hotels, transport and communications,” said Rajani Sinha, chief economist, CareEdge.